Prime Minister Benjamin Netanyahu’s 28-day mandate to form the government expired at midnight Tuesday night, and he informed Rivlin that he was unable to form a government and so was returning the mandate to the president.


Lapid received the mandate after the president’s office contacted the parties represented in the Knesset to discuss who would be next to be given the chance to form a coalition.

Yamina party leader Naftali Bennett also met with Rivlin in the afternoon, confirming his request to receive the mandate.

“MK Mansour Abbas wrote that he would ‘cooperate positively with anyone who is entrusted with forming a government, that is to say the person that receives the most number of recommendations.’ MK Naftali Bennett expressed his wish for a stable government that will serve the Israeli people and clarified that he does not rule out the possibility of forming a government with MK Yair Lapid.

“On the basis of the recommendations I received from the parties in the Knesset, and according to the authority granted to me under paragraph 7 of Basic Law: The Government 2001, I have just spoken to MK Yair Lapid and informed him that I am entrusting him with forming a government, whether this is a government that he will head at the beginning, or a government headed by someone else first in which he will serve as alternate prime minister,” Rivlin said.

He told Lapid, “This is a position that only a very few people have attained, when they are entrusted with forming a government for Israel, and that I am sure that for him it is a moment that signifies the highest level of importance and national responsibility.

“Israeli society is stronger, more robust, more united and better than they tell us,” Rivlin went on, in remarks directed to the general Israeli population.

“We know how to support each other in solidarity. The IDF and our security offices, in hospitals, in charitable organizations, in social initiatives that move the heart, like I saw after the terrible tragedy on Har Meron, and as we have seen all throughout the corona crisis. From this crisis, there is a great opportunity to repair and, perhaps there is no alternative but to repair, to heal, to regrow stronger.” 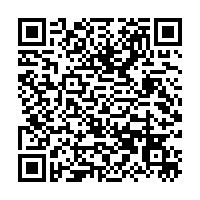