In the end, it was no contest at all. Yes, there were complaints about Likud Center doing the kind of shenanigans any incumbent’s apparatus does against the challenger: Likud members discovering that their voting stations had been transported miles away (from Modi’in to Holon, for instance), and others, like former Likud minister Limor Livnat, a Gideon Sa’ar supporter, discovering she had been erased from the voters list altogether. But that didn’t cause the robust Netanyahu win Thursday. Nor did the heaviest rain storm of the year, which the pundits were arguing worked in the challenger’s favor.


Which means that Gideon Sa’ar could have stayed home and made not a single campaign stop and still receive about a quarter of the votes. Because an undeniable three quarters of Likud members, today, yesterday, seven years ago, twelve years ago, prefer Bibi. And one quarter, give or take, don’t.

If anything, the Sa’ar candidacy blew life into an otherwise staggering Likud campaign: now no one can claim that Netanyahu does not represent the oldest surviving big party in Israel; and no one will be able to claim, should Netanyahu win on March 2, that the voters have rejected him. Quite the opposite: Netanyahu stands a better chance of reaching the coveted 61-seat coalition today than he did in April and in September. Because, as his loyalists have put it relentlessly over the past two weeks: now everyone in Likud knows the war is “in defense of the home,” a militant slogan borrowed from much tougher times in Israel’s history.

And yet, if you expect Netanyahu to punish his challenger in order to consolidate his rule, think again. It also means you must brush up on your Mario Puzo quotes (in The Godfather II, Michael Corleone says: “Keep your friends close and your enemies closer.”).

Netanyahu now knows that at least six MKs on his team would rather see someone else lead them – but those same Mks are quite senior (besides Sa’ar there’s Haim Katz and Yoav Kisch who fully identified with the challenger). But he also knows that after winning and getting to form the next coalition government, he must have the entire coalition’s support to win his immunity vote.

The immunity is the real prize. Being immune from prosecution would mean that for the next four years, Netanyahu could use his parliamentary power to carve his face on Israel’s psychic equivalent of Mount Rushmore next to David Ben Gurion’s and Theodor Herzl’s. By the time he retires, the notion of going after him for a bunch of cigars and champagne cases would look vindictive and petty. If anyone could carry out this scheme, it’s Bibi Netanyahu. But he can’t do it without the Knesset’s immunity from criminal prosecution, and he can’t win immunity without the votes of Gideon Sa’ar et al.

So, should there be a rightwing victory come March 2, expect to see Gideon Sa’ar collecting a prestigious government portfolio, my bet is on Foreign Affairs.

Which is also why Gideon Sa’ar was so gracious in defeat last night (I got his WhatsApp message after 1 AM): “Congratulations to the Prime Minister on his victory in the primaries. My colleagues and I will stand behind him in campaigning for the Likud’s success in the general elections. This contest was immensely important to the Likud and its democratic character. I am content with my decision to have stood – it was the right decision. Those who are unwilling to take a risk for what they believe in – will never succeed.”

One other thing: do not expect Gideon Sa’ar to inherit the top seat once Netanyahu decides to step down. Likud members are a lot of things, but gracious they won’t be come the time to crown a new leader. Likudniks don’t forget. Ask them about Altalena… 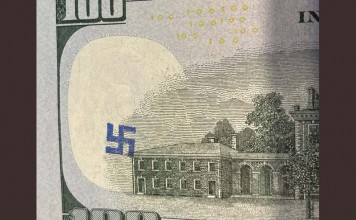 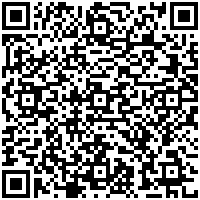