Thus far, the response from the EU has been disappointing, if not surprising.

Lady Catherine Ashton, the EU’s representative for foreign and security affairs, issued a statement shortly after the Bulgarian report was made public.


Ashton’s response was that “the implications of the investigation need to be assessed seriously as they relate to a terrorist attack on EU soil, which resulted in the killing and injury of innocent civilians.”

Ashton signalled that the EU will take its time “assessing” and “discussing” before taking any formal action, because of the “need for a reflection over the outcome of the investigation,” according to a Bulgarian news source.

One argument against listing Hezbollah as a terrorist organization is the fear that it might destabilize Lebanon, as Hezbollah is a part of the Lebanese government.  This is apparently the concern voiced by France.

A final interesting twist is that, according to the Saudi-owned pan-Arabian media outlet  Al-Arabiya, the Lebanese government has pledged to cooperate with Bulgaria in determining how to evaluate the report.  Lebanese Prime Minister Najib Bikati said, “Lebanon trusts that the Bulgarian authorities will undertake a serious evaluation of the results of the investigation and affirms that it is ready to cooperate with Bulgaria to shed light on the circumstances of the attack.” 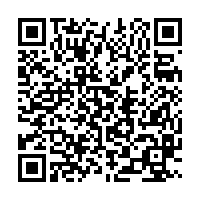