Palestinian Police have freed a 20-year-old Qalqilya woman from her bathroom, where her father had imprisoned her nine years ago — because she wanted to go to school.

When police arrived on Saturday, they heard the young woman’s cries for help. Her father at first refused to unlock the bathroom door, but when police forced him to open it, they found the woman lying on the floor, with a pillow and a blanket. Her father admitted that he had kept his daughter, now 20 years old, locked in the room for nine years, saying that she had not seen sunlight in all that time.

Welfare authorities said the young woman told them she was fed only a sandwich and apple each day, that she was forced to eat and wash her own clothes in the bathroom, that she was led out of the room in the middle of the night to clean the house, and that she had not visited a doctor since her imprisonment began. She said her father intimated that she could commit suicide if she wished.

The woman’s parents were divorced; her father remarried, apparently around the time when the girl’s imprisonment began, and his new family knew about the imprisoned girl but did nothing about it. His sister, the girl’s aunt, asked police for help after he refused access to the young woman for years.

Upon being freed, the woman was reunited with her aunt and her mother, who said that she had stopped asking to see her daughter because she feared that her ex-husband would only respond by abusing the girl.
The young woman’s father, an Israeli Arab, was transferred into the custody of Israeli police and remanded by the Rishon Lezion Magistrate’s Court. 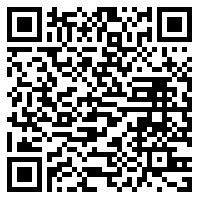