The Israel Antiquities Authority has announced the discovery of a rare well dating back to the Stone Age, used by the first firmers of the Jezreel Valley.

Two skeletons , believed to belong to a 19 year-old woman and an older man, were found at the bottom of the well,  at Enot Nisanit in the western Jezreel Valley near the YaYogev Junction (Highway 66), which is being excavated prior to a project to expand the area for travel.


The well is being dated at 8,500 years old, belonging to the Neolithic period.

According to the excavation director, the well was not used after the pair fell – or were pushed – into the well, due to contamination.

Additional finds include toothy sickle blades made from flint, animal bones, and charcoal.

The well will be preserved by the Antiquities Authority, in cooperation with the National Roads Company, and will be open to the public as one of the archaeological exhibits around Tel Megiddo. 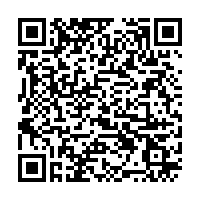