The Israeli government announced on Tuesday that, for the first time, it will pay the salaries of a small number of Reform and Conservative rabbis who are considered leaders in their communities, and will also recognize them as rabbis.

The state initially agreed to recognize non-Orthodox rabbis as “community leaders”, but a panel of judges led by Supreme Court Justice Elyakim Rubinstein asked Attorney General Yehuda Weinstein to agree to the terminology “rabbi of a non-Orthodox community”, which the State subsequently did.


The deal, brokered in response to a 2005 petition by the Israel Movement for Reform and Progressive Judaism, in the name of the Reform community of Kibbutz Gezer and community leader Rabbi Miri Gold, extends to up to 15 non-Orthodox rabbis in farming communities and regional councils.

The move will not impact the Orthodox Rabbinate’s control of marriages, conversions, and related legal questions, and will not render the non-Orthodox rabbis legal, religious, or halachic deciders.

Rabbi Dov Lipman, Director of the English Speakers Division of Am Shalem, a party led by former Shas MK Haim Amsalem, blamed the religious establishment’s rigidity for leading Israelis to seek an alternative to Orthodox Judaism.  “I feel that the unwillingness of the establishment to be more embracing and willing to solve problems has led us to this point,” Rabbi Lipman told The Jewish Press.  “I believe we have reached this point because over the last few decades, extremist parties have taken control of the religious ministry and religious services. Their policies have distanced people from Judaism and have led to the search for official alternatives.”  He said Am Shalem seeks, in accordance with Jewish law, to “restore religious services to their more embracing nature, as it was when the State was founded”  in order to make them more sensitive to the needs of the wide array of Israeli Jews, including converts.

Rabbi Gilad Kariv, head of Israel’s Reform movement, praised “the state’s decision to support the activities of Reform rabbis in regional councils, while clearly acknowledging their roles as rabbis,” and called it “an important breakthrough in the efforts to advance freedom of religion in Israel.”  Rabbi Julie Schonfeld, executive vice president of the Conservative movement’s Rabbinical Assembly, said the measure made it “a historic day for Israelis and Jews around the world.”  Rabbinical Assembly President Rabbi Gerald Skolnik said he hoped the decision would “open the door to new and exciting Jewish spiritual opportunities”.

Religious Service Minister Yaakov Margi (Shas) responded to the news by threating to resign if the salaries would be drawn from the Religious Services Ministry.  MK Uri Ariel (National Union) called recognition of non-Orthodox Jewish chaplains as rabbis “anti- Jewish” and a “serious injury to the values of Israel”, and said that the decision to equate non-Orthodox rabbis with Orthodox ones would be “recorded with shame”.

According to Gold and Anat Hoffman, executive director of the legal arm of the Reform Movement in Israel, the Reform movement will now seek recognition for Reform and Conservative rabbis as state and city rabbis.  The Conservative “Masorti” movement is represented in just 100 congregations throughout Israel and approximately 8 percent of Israeli Jews.

In an interview with the Jerusalem Post, Hoffman said major support for their Israeli campaign – “the engine making this happen” – came from Diaspora Jewry, telling the Post “Israel is too important to be left to Israelis.”

Hoffman also said that she believes the move will cause Orthodox Jewry to understand that it is in competition for adherents, and that it will be forced to make itself more attractive to all those looking to find their place in Judaism. 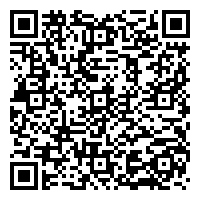