The New York Times quoted an anonymous former senior Israeli official on Wednesday as saying that Iranian retaliation against an Israeli military strike would best be described through a formula he termed “1991 plus 2006 plus Buenos Aires, times 3 or 5.” That is, Iran’s response would be the functional equivalent of Iraq’s scud missile attack on Israel in the 1991 Gulf War, the 3000+ Hizbollah rockets fired on Israel during the 2006 Second Lebanon War, and the terror attacks on Israeli and Jewish targets in Buenos Aires in the early 1990s, multiplied in scale at least three times.

“Forty missiles fired at Israel are no small matter – but it’s better that a nuclear Iran,” the ex-official said.

This evaluation is premised on the notion that Iran would seek to avoid an all-out regional war, and suffice with a pointed yet limited retaliation. Recent comments by the US Chairman of the Joint Chief of Staff notwithstanding, this is a shaky premise, and US defense experts concede as much.

The report went on to say that the Pentagon believes that attacking Iran would serve as a pretext for Iran to block the Strait of Hormuz, and would also result in a missile salvo on Israel regardless of whether it was responsible. Iran would be cautious with respect to American interests and targets, knowing that the US has the wherewithal to permanently incapacitate its nuclear program.

In related news, the US Air Force Chief of Staff sought to allay speculation that the US has precluded the military option against Iran by telling reporters Wednesday that the US has drafted military plans to strike Iran’s nuclear sites, according to the Bloomberg News Agency.

General Norton Schwartz was also reported to have said “What we can do, you wouldn’t want to be in the area.”

Bloomberg also quoted Pentagon officials, who delved into specifics but spoke on condition of anonymity since the plans are confidential. The military contingencies that have been prepared include providing aerial refueling for Israeli jets, launching attacks against the Revolutionary Guard Corps and its elite Quds Force, as well as regular Iranian military bases.

These comments appear to be the latest missives in the Obama Administration’s attempt to beef up its image as tough on Iran. There have been reports of Israeli displeasure with what they perceive as an official administration line downplaying the chances of a military strike, and in the process diminishing the West’s deterrent power. 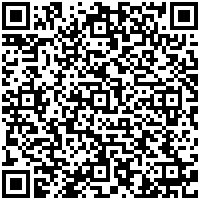