Hasidic Rabbi Eliezer Berland, leader of the Shuvu Banim Breslov congregation who fled Israel to many parts of the world after several women had reported that he raped and harassed them sexually, on Sunday celebrated his 79th birthday in Johannesburg, South Africa, surrounded by his followers, Walla reported. The party was also a celebration of the rabbi’s victory over the Israeli legal authorities, after Berland had been issued a South African passport and “no longer needs to run.” The rabbi’s son, Nahman, and a few grandchildren were on hand as well. And there were balloons.

“After more than three years of persecution of the rabbi, tonight it can be said that the king is alive and well,” one of Berland’s supporters explained. “It’s just the way they persecuted King David and he continued to be joyous, sing and play to bring together the nation of Israel, so does the Tzadik of the generation, with simplicity and innocence, continue to lead more than 30,000 of his students who are spread around the world. From one day to the next our community is growing despite the exile it is enduring. We believe that very soon the Rabbi will return to lead the people of Israel and the entire world with the coming of our righteous messiah and with true peace.”


Several women have reported that Rabbi Berland sexually harassed them. In 2012, one of Berland’s students discovered him in a compromising situation at home. Berland’s followers have claimed the accusations had been made by the rabbi’s enemies.

Berland fled Israel once the first allegations had been made public, and sought temporary shelter in the US, Italy, Switzerland, and Morocco, where he stayed in Marrakech. In November 2013, Moroccan King Mohammed VI personally ordered Berland’s expulsion, following news report about the allegations against him.

Dutch police arrested Berland in September, as he was getting off a flight from Johannesburg to Amsterdam’s Schiphol Airport, but he fled eventually. 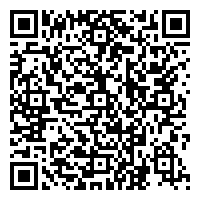