Many people had never heard of ALS (Amyotrophic Lateral Sclerosis) when the ‘ice-bucket challenge’ swept the online world. The social media craze helped create global awareness for the degenerative disease ALS. For researchers at Ben Gurion University of the Negev (BGU), the challenge of ALS is much more than a bucket of ice-water.

Now, a re-engineered drug created by BGU’s Dr. Rachel Lichtenstein, might hold the key to extending the life of ALS (aka Lou Gehrig’s Disease) patients. This drug, that has been used to treat lymphoma patients, could also have positive implications for those suffering from Alzheimer’s and Parkinson’s diseases.

“We took Atroxican, an existing drug used to treat lymphoma patients and reformulated it to use against the dreaded ALS disease,” said Dr. Rachel Lichtenstein, who works in Ben-Gurion University’s Department of Biotechnology Engineering.

The re-engineered drug was able to confuse and trick antibodies, thwarting them from attaching to and killing healthy brain cells, which slowly debilitates people suffering from ALS.

Our preliminary laboratory studies showed impressive results, with a significant possibility of prolonging life expectancy in ALS patients of up to 4.5 years or more.”

Because ALS affects the nerve cells found in the spinal cord and the brain, and might cause the immune system antibodies to attack and kill the body’s own nerve cells, Dr. Lichtenstein focused her efforts on preventing this impaired auto-immune response. As the exact cause of ALS is not known, research has focused on lengthening the post-onset life expectancy, which is currently between two-five years for a large percentage of ALS patients. Dr. Lichtenstein’s re-engineered drug has the potential to significantly change these numbers.

At the current time, there is only one drug available for ALS patients, Reluzole a.k.a. Rilutek, which helps extend survival of patients by only three to six months.

If Dr. Lichtenstein’s research pans out, other patients with auto-immune diseases such as Alzheimer’s and Parkinson’s could benefit.

The re-engineered drug was able to confuse and trick antibodies, thwarting them from attaching to and killing healthy brain cells, which slowly debilitates people suffering from ALS.

Alzheimer’s and Parkinson’s share the same clinical symptom as ALS of an impaired ability to cleanse the brain of proteins and toxins.

Dr. Lichtenstein’ said, “If the technique we discovered does indeed prove effective in improving the brain self-cleansing mechanism, it could improve the lives of millions of people.”

Dr. Lichtenstein is excited about the initial results and hopes that the FDA (Food & Drug Administration) fast-track her reformulated drug because it’s based on an existing formula.

“We are excited by the results of this process which cleanses cell debris in the central nervous system, and holds the promise of treating other debilitating diseases,” she said. 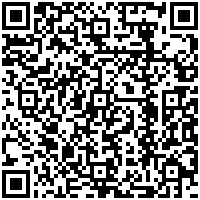