As Israelis and Americans slept peacefully in their beds this month, secure in the knowledge the stars and satellites were turning quietly in the skies above, no one had any inkling that a drama was taking place between two of the orbiting players up above.

However, an unpublicized nightmare of the space industry nearly came true this month, according to an article that appeared on the Hebrew-language Calcalist news site describing a warning from the European Space Agency received by Israel Aerospace Industries (IAI).

The alert? ‘The scientific satellite Venus will collide within five days with the American Terra satellite.’

The Big Fear
The warning was received earlier this month by the team of Israeli-French research satellite operators of ‘Venus,’ who not only built the satellite for the Israeli Space Agency (in the Ministry of Science) and for the French Space Agency, but also continue to operate it since its launch in 2017.

“The big fear with satellite collisions is not only their loss, but also due to the shrapnel that might be scattered in space, endangering other satellites, spacecraft and the International Space Station,” the head of IAI’s satellite systems explained. His full name was not revealed due to security considerations.

Since then, NASA has stepped up its surveillance of space fragments and satellites, primarily to guard dozens of US government spy and communications satellites, and the European Space Agency has joined it in monitoring satellite orbits a few days ahead, in order to detect and prevent potential collisions.

Potential Collision Detected; Action Taken
Once the team of Israeli-French research satellite operators of Venus received the alert there was a high probability of collision within the next five days between Venus and Terra, a longstanding NASA environmental research satellite launched in 1999, the next step was deciding what to do about it, if anything.

“We get 2-3 such alerts every month,” said Eyal, Venus’ systems engineer. “This time we checked and came to the conclusion that a change of course should be made.

“First of all, we received a five-day warning, and second, this satellite is like a big ship; the course changes are slow and you want to start them as early as possible to carry out as little fuel as possible. Its consumption shortens the life of the satellite.”

After the crew finished planning the orbit, he handed over the plan to the French space agency, which would verify the calculations again. Eyal then also contacted NASA to coordinate the change of route. After the Americans approved, the satellite operating order was sent, three days before the date of the hit.

“In total, we started the main engine for 3-4 seconds, that was enough to reposition itself tens of kilometers from the previous route,” says Eyal.

Venus is designed for environmental research using a camera built by the El Op division in Elbit, and for an electric motor experiment developed by Rafael. It is built on the offset 3000 satellite platform that is also used by the Ofek spy satellites and was built with funding from the Ministry of Science, IAI and Rafael. For the purpose of changing the trajectory, this time the more powerful chemical engine was activated. 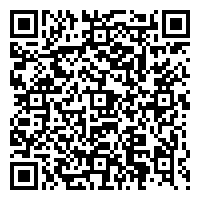