A 17-year-old Arab terrorist from Shechem was arrested on Wednesday afternoon, after attempting to stab a soldier while undergoing a security check.

The incident took place at the Qalandiya checkpoint located between Jerusalem and Ramallah when security guards were checking a bus carrying Israelis and Arabs and grew suspicious of one of the passengers.


After the guards discovered that the suspect was not carrying an ID card, he was asked to leave the bus in order to be checked.

A security source told TPS that “he tried to pull out a knife and stab the military policeman accompanying the guard during a check.” According to a police spokesperson, “the suspect resisted being checked and attempted to pull out a knife. The guard who noticed this immediately brought the attacker down after the knife fell to the ground.”

The suspect was taken into custody for questioning. It is the first stabbing attempt since Monday, when two people were stabbed by two terrorists outside the Jewish community of Beit Horon near Jerusalem. Shlomit Krigman, 24, succumbed to her wounds the following day. 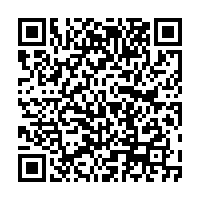