Justice Minister Ayelet Shaked in her role as chair of the Ministerial Committee on Legislation on Sunday approved a bill to compensate landowners whose land was transferred to the Palestinian Authority’s control. The bill was initially sponsored by MK Bezalel Smotrich (Bayit Yehudi). Israeli citizens whose land was taken from them to comply with the Oslo accords, to be handed over to the Palestinian Authority, will receive compensation under the new law. The scope of the law’s cost to the state is not known because the Defense Ministry is yet to provide any information on it.

In fact, Justice Minister Shaked who had been requesting the cost information from the Defense Ministry felt she was being given the runaround, as the ministry kept delaying providing the requested information, and so Shaked decided not to wait any longer and got the bill approved in committee anyway. With the ministerial committee’s backing, the bill has a much better chance of making it through the House this time—after two previous failures. The Defense Ministry will just have to come up with the data eventually.


The bill states that when the Government takes land away from an Israeli citizen in order to hand it to the Palestinian Authority this constitutes a grave damage to the property owner, regardless of the cause—be it to achieve peace in our time or to just unilaterally confiscate land for security reasons—and the victim should receive full compensation accordingly.

The bill includes unregulated land in Judea and Samaria acquired by Israeli citizens and taken away from them while they were in the process of completing the acquisition and registration. In these cases, when the lands being processed were transferred to the Palestinian Authority, the Israeli buyers were hard hit when the registration process was aborted, and they lost all rights to their investments — despite the commitment of the Palestinian Authority in the Oslo Accords to set up a registration mechanism to be shared with the State of Israel. Needless to say, no such mechanism has ever been created.

The proposed law will view any area where control was transferred to the Palestinian Authority as land that was expropriated for public purposes, allowing the land holders to lay claim and receive compensation.

MK Smotrich said in a statement that passing his bill in the ministerial committee: “The great achievement today is that for the first time the Israeli government recognizes the injustice done to those land owners who for more than twenty years have been dispossessed of their rights without compensation, and agrees that the time has come to make up for it. We still have a great deal of work ahead of us, to consolidate the exact manner of calculating the compensation and the mechanisms by which it will be determined. But I am convinced that the agreement in principle reached today will make it possible to reach agreements on the matter with the Ministry of Finance. I want to thank my friend the Minister of Justice for her support.” 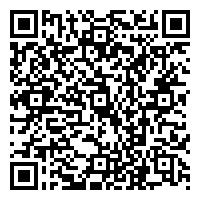