IDF soldiers captured the fugitives in joint operations with Border Guard Police officers in various places throughout Judea and Samaria.

Israeli engineers and IDF Nahal Battalion soldiers also mapped out the Silwad home of terrorist Mohammed Abdul Rahman Ahmad Ayad, near Ramallah. The operation was carried out together with the Civil Administration in advance of plans to demolish Ayad’s home following the vehicular terror attack he carried out three weeks ago.

In another operation, elite fighters in the IDF ‘Duvdevan’ unit joined the Israel Security Agency (Shabak / Shin Bet) and IDF’s Etzion Regional Brigade. The group entered the Judean Arab community of Deheishe to hunt down terrorists from the Popular Front for the Liberation of Palestine (PFLP), accused of leading riots and attacks at Rachel’s Tomb. Those taken into custody were transferred to security personnel for interrogation.

Other fugitives among those arrested during the night are accused members of the Gaza-based Hamas terrorist organization. 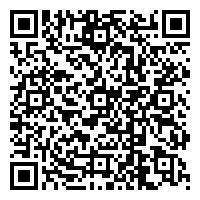