The Chaim Sheba Medical Center at Tel HaShomer is suffering from a severe shortage of beds in its intensive care unit, senior physicians at the hospital told members of the Knesset State Control Committee who toured the hospital on Sunday.

They cited an example where a man who had been injured by gunfire had to be treated at the hospital’s emergency room for the previous four days because there was no bed for him in intensive care.

Emergency room director Dr. Yaakov Or told members of the committee that the construction of an advanced emergency center will be completed in about a year. The center will include six isolated stations, in order to prevent infections.

State Control Committee Chairwoman MK Karin Elharrar (Yesh Atid) said, “The statistics are worrisome. The doctors are doing their best, with a minimal amount of equipment, less than is required. We will work to increase the number of beds in the emergency room and in intensive care, by turning to the Health Minister and by routinely monitoring the issue in the committee.”

OK, it’s not a creative solution, but it’s in keeping with the welfare state tradition…

The overall Health Ministry’s budget for 2016 is around $7.55 billion, up 23% from 2015. Some of this money goes, for the first time, to hospitals that are not state-owned. Much of this money goes to increasing medical staff salaries. 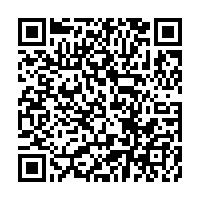