In Memoriam of Johan Cruyff,

the football philosopher, creator of the “Cruyff Turn” and a Great Friend of Israel.

Today, the need to engage in sport and exercise is self-understood. Keeping one’s body in good condition is considered a mitzvah of the highest priority.

Jews in earlier centuries were never seriously involved in sport, though. This is most likely due to the historical conditions of Second Temple period. With Alexander the Great’s conquest of the land of Israel in the 4th century BCE, Hellenist culture began to infiltrate the Jewish way of life. In fact, it was the attempts by Antiochus Epiphanes to Hellenize Judea that led to a declaration of war on the part of the Maccabees.

Since athletes appeared naked in the Greek gymnasia, some Jewish participants in the games tried to conceal the fact that they were circumcised. This further increased Judaism’s antipathy towards Hellenism. Identified as a Greek practice, sport became a taboo, reinforced by the association between the Olympic games and idolatrous cults, particularly that of the Greek deity Hercules.

The Talmud makes little mention of sport. It does inform us that one is allowed to attend gladiatorial games in the Greek stadia if one’s purpose is to shout so as to save the life of the victim (by requesting clemency from the authorities). (1) This mention is exceptional, as the Sages categorically forbade attendance at theatrical performances, circuses and athletic competitions, events that often involved mockery of Jews and Judaism, along with unethical and cruel practices.

We know that the famous sage and amora Resh Lakish was, in his early days, a professional gladiator, but dropped this activity after committing to Judaism. (2)

Maimonides recommends performing all activities that strengthen the body and preserve health, including exercise, for unhealthy people cannot focus on their knowledge of God. (3) Most interesting is the dispute between Rabbi Joseph Karo, author of the Shulchan Aruch, and Rabbi Moses Isserles, as to whether one is permitted to play ball on Shabbat and festivals. (4)

Only in modern times have Jews truly become involved with sport. Rabbi Abraham Isaac Kook, profound religious personality of the twentieth century, wrote in several places of the importance of exercise and physical health, and particularly in its role as a vessel for spiritual development. (5)

Millions consider themselves sportsmen and sportswomen simply because they watch games. This is one of the most remarkable forms of self-deception in history. It is fascinating to see so many people utterly mesmerized by a ball being kicked around by twenty-two fellows, believing they are right there in the game, while in reality they are sipping coke in an armchair.

As for the thousands sitting in the stands, they cheer, shake their heads in disapproval and shout out advice to the players. These “experts” seem to believe that they should be on the field themselves, their mastery of football clearly much greater than those “amateurs” out there on the pitch.

What is the explanation for this strange phenomenon?

Watching sports is, first of all, a form of entertainment, just like movies or theatre. But it is also much more: for many, it serves as a form of therapy. Many of us have to go to work and be deferential to our employers, never telling them what we really think of them. But when we heap curses on the soccer player, informing him that he’s a shlemiel who doesn’t know how to handle the ball, are we perhaps really shouting at our boss? It brings tremendous relief, as we rid ourselves of bottled-up frustration, and abandon the artificial courtesy we must show at work. As humans beings, we need that outlet.

When it comes to participating in sports, there are dimensions which require more attention, too. Psychologists have not yet been able to fully explain such pastimes as tobogganing and skiing. There is something rather bizarre about these sports. Why would we spend many minutes climbing a mountain, leaving us sweating and breathless, and then in a matter of seconds undo all this by hurtling down the same mountain? This is almost discouraging. It reminds us of Sisyphus, the famous personality in Greek mythology, who was doomed to roll a heavy stone up a mountain. Every time he reached the top, the stone rolled back down and he had to start all over again. It makes us wonder: For Sisyphus this was torment, for us it is winter sport! We must conclude that man is prepared to torment himself as long as he convinces himself that it is sport.

Whether something is sport or not is independent of the actual activity involved. It is the mindset in which it takes place that make all the difference. It is the distinction between option and duty. When we decide on our own to engage in a game, we experience freedom. When we are forced to do so, we become slaves. In the first case it is sport; in the second torture.

A person who accidentally fell off a ship, managing to reach land only after swimming for many hours would be pitied and considered a victim of misfortune. But when people do the exact same thing out of their own free will, swimming across the English Channel, for example, we are filled with envy and amazement – and they themselves feel tremendous accomplishment!

Above all, sport is an art. To run around a soccer field behind a ball is not yet sport. Only when it gives form to human behavior and is the result of a theory of expansion does soccer become a real game. Once it is the result of creativity, it becomes the definition of being human. It must turn into a protest against retentive limitations. It needs to disturb and to be unconventional, creating awareness of options we have never considered. This is what happens on the soccer field when great players are at work.

It must invoke a sense of amazement and as such, to represent a mystery. It is that mystery which makes the audience part of something larger than itself.

Perhaps that is the reason why sport has become so much part of our life. Not as a game, but as an art teaching us who we really are. It is not just entertainment or therapy for those who watch, but a glimpse of the infinite possibilities of life symbolized on the soccer field. Multiple opportunities controlled by strict rules, full of restrictions and even penalties.

But to grasp this, one needs to be a philosopher and an artist, both the player and the spectator. (6)

5. For example in Orot HaTechiyah 34, he notes that “The exercise the Jewish youths in the land of Israel engage in to strengthen their bodies, in order to be powerful children of the nation, enhances the spiritual prowess of the exalted righteous, who engage in mystical unifications of divine names, to increase the accentuation of divine light in the world. And neither revelation of light can stand without the other” (also cited in Shmuly Yanklowitz, The Soul of Jewish Social Justice, Urim Publications, 2014, p. 221).

6. For a “serious” study, see Thoughts to Ponder 391: Soccer Talk. Some Rabbinic Advice from a Dutch Expert. www.cardozoacademy.org 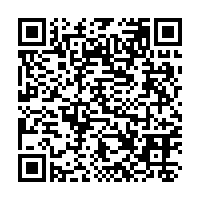