The department of oral and maxillofacial surgery at the Baruch Padeh Medical Center, Poriya, near Tiberias, treated a patient suffering from a large tumor in the back of his jaw by replacing the damaged part with a replacement they created on a 3-D printer.

The patient, David Goldstein, 64, a resident of Tiberias, was suffering non-specific pain in his jaw. At the oral and maxillofacial surgery dept. he underwent a series of tests that discovered in his mouth a lung metastasis close to half an inch in size that absorbed the back of the jaw.


According to Dept. Head Dr. Imad Abu al-Naag, “Surgery of metastasis in the jaw are not commonly done. On the other hand, we know that an oncological treatment — radiation and chemotherapy — don’t solve the [missing jaw tissue] problem. So, after consulting with the oncologists at Rambam and Sheba hospitals, we decided to make the rare move in such a case and perform surgery.”

According to Dr. Imad, after the decision to do the surgery, the team conducted several conferences with the team at A.B. Dental, a company providing dentists with solutions that include computerized and custom-made implants, and decided to reconstruct the jaw joint using 3-D printing technology.

“It’s the best treatment available around the world today,” said Dr. Avi Toueg, a senior member of the department. He reported that A.B. Dental created a “perfect copy of David’s jaw. That enabled us to locate the jaw precisely in its place, and, most important, it will facilitate an immeasurably better functionality, compared wit the plates that were in use in the past.”

Only a few hours after his surgery, according to his doctors, Davis started to eat normally.

Dr. Imad noted that the surgery, which normally takes about six hours, was done in two. He also praised the cosmetic advantage of using the 3-D printed part, since there are no changes in the patient’s face as a result of the surgery. Using the printed part also means the patient won’t have to adjust his chewing to accommodate slight deviations which were common in the old plates — and resulted in a high rate of broken plates.

“The new plate is produced from titanium and printed in 3-D to match the original jaw 100 percent,” he said, “which is why the chance of breakage is much lower.” 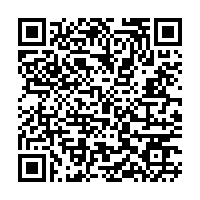