More than 70% of the 229 self-identified University of California (UC) Jewish students who participated in an online survey reported witnessing or experiencing anti-Semitism on campus, according to a survey conducted by AMCHA Initiative in October. The results also revealed that one-third of respondents felt campus administrators were not sensitive to the concerns of Jewish student and three-quarters of respondents reported that BDS campaigns promote hostile actions toward Jewish students on campus.


Here are some of the survey results:

Anti-Israel groups target all Jewish students, regardless of their feelings on Israel. Here are a few anecdotal reports presented by the survey:

“When in a SUA meeting for a bill supporting Israel the members of Students for Justice in Palestine (SJP) for a short while were shouting things like down with Israel, but also someone chimed in down with Jews. Also one of my friends wearing a yarmulke walking into the library had a member of SJP wearing a border patrol uniform say Hitler was right. (UC Santa Cruz)”

“I’m in a Jewish interest sorority and during divestment we’re encouraged not to wear letters because a few times people have come up to sisters during divestment and have started heckling them about BDS stuff. I try and stay away from anything having to do with BDS as much as possible because it makes me uncomfortable. In fact during BDS I actually avoid Hillel, the quad, and even my sorority because I just really don’t want to have to deal with how unsafe campus feels during that time. Everyone in my entire Jewish sphere is stressed and anxious and I have never experienced that level of discomfort in my community until coming to UC Davis. (UC Davis)”

“There have been many times where students in SJP, the organization at our school that pushed for BDS, have threatened to protest at Jewish events. Most recently we held an event about rising anti-semitism on college campuses, it was off campus at the Jewish resource center and was very clearly a Jewish not an Israel event and they spoke about protesting it on their Facebook page. They have also protested in front of the Chabad rabbi for UCSC’s house around the high holidays this past year. Our rabbi has never been outspoken on campus about his pro-Israel views other than possibly attending some events, it was clearly an anti-semitic act and not one of just being anti-Israel. (UCSC)”

“They have not made a distinction between the activities of some Israelis and Jewish people in general. This has led to antisemitic sentiment on campus and a hostile climate. (UCD)”

“I have been called an “Israeli terrorist” and ‘Dirty Jew’ many times. I have seen students posting pro-Nazi things, and saying that all Israelis deserve to die on social media amongst a few other things. (UCD)”

“Throughout the Israel Independence Fair there were a bunch of students holding up signs claiming that Israelis were terrorists and that Jews were the reason for the deaths of their families. Furthermore, I frequently see videos posted online about ‘Terror attacks caused by Jews in Israel.’ (UC Los Angeles)”

“Being anti-Israel inherently becomes anti-Jewish. Every Jew is seen as very strongly pro-Israel (even though this is not the case) and therefore ‘bad’ in eyes of students who support BDS. (UC San Diego)”

The rhetoric and actions targeting students go well beyond political or scholarly debate:

“My friend was out at night and a student from SJP called her demeaning names and spat at her. (UCSD)”

“Student senators who voted against Divestment got a lot of hate mail and threats. (UCD)”

“Any time a BDS activity occurs on campus, the amount of swastikas found in libraries has gone up. Also, the amount of anti-Jewish posts…increases. (UCI)”

“Another was people blatantly calling for an intifada and the killing of Jews during a protest on campus. (UC Berkeley)”

“The divestment resolution period was one of the most toxic environments that I have seen for Jewish students on this campus. The amount of vitriol and hate coming from the pro divestment side was enormous. (UCD)”

“The student quotes show unequivocally that many anti-Israel activists target, harass and intimidate Jewish students, regardless of how that student feels about Israel. They also demonstrate the frightening extent to which anti-Israel BDS campaigns are steeped in anti-Semitic themes and lead to anti-Jewish incitement and behavior,” said Tammi Rossman-Benjamin, AMCHA Initiative cofounder and director and one of the authors of the survey. “We urge UC to adopt the State Department definition of anti-Semitism which understands when scholarly criticism ends and anti-Semitism begins.”

Over the past nine months, more than 50 Jewish organizations, including ADL, AJC, Hillel, the Simon Wiesenthal Center, and AMCHA and more than 3,000 UC students, faculty, alumni, California residents, rabbis, Jewish day school principals and educators, including the world’s preeminent scholars of anti-Semitism, have written to UC in support of adopting an accurate definition of modern anti-Semitism to properly identify and educate the campus community about contemporary Jew-hatred. Specifically, the groups have urged the adoption of the State Department definition of anti-Semitism, which recognizes that contemporary anti-Semitism has assumed various disguised forms and, as the US Commission on Civil Rights found, is often “camouflaged as anti-Israelism or anti-Zionism.” The State Department definition acknowledges activity that demonizes and delegitimizes Israel and denies its right to exist as anti-Semitism. 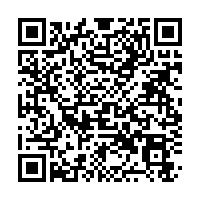