Four people have died and two others were reported serious but stable condition after an Arab terrorist attack Tuesday outside the BIG shopping center on Hebron Road in Be’er Sheva.

The Arab terrorist first stabbed a woman, then returned to his vehicle and ran over a man riding a bike before exiting the vehicle to stab others.


He was shot by Egged bus driver and father of five Arthur Haimov of Dimona and a second, armed civilian. Haimov told Israel’s Channel 12 that he tried repeatedly to talk the terrorist down, but he refused to drop the knife and lunged at him instead.

One victim was declared dead at the scene after efforts to resuscitate her failed.

According to Dr. Dan Shvarzfochs, deputy director of Soroka Medical Center and head of its emergency department, five victims reached the hospital. Of those, three succumbed to their wounds shortly after arrival, including a 60-year-old man, a 40-year-old woman and a 35-year-old woman.

Two 40-year-old women were said to be in serious but stable condition.

Be’er Sheva Mayor Ruvik Danilovich asked residents to stay away from the area in a swiftly-written Facebook post. “Dear residents, according to the suspicion of a terrorist attack in the area of the “Building” shopping complex (Yitzhak Nafha Street),” Danilovich wrote. “I ask not to arrive at the place, prevent crowds and allow the security and rescue forces to do their job. We will continue to update.”

Alkyan is a Bedouin Israeli resident of the nearby town of Hura who was arrested in June 2015 on charges of membership in a terrorist organization. He was convicted and served three years in prison for supporting and promoting ISIS at the school in which he taught.

In addition to his conviction for having used his position as an educator to spread ISIS propaganda among the students and teachers, Alkyan was found guilty of establishing his own terrorist cell in southern Israel, and having acted as a “spiritual teacher” in passing on ISIS teachings and recruiting other supporters.

The town of Hura, located along Highway 31 about 15 minutes from Arad, has in recent years become a hotbed of terrorist supporters.

In October 2015, an ISIS-supporting terrorist described by Bedouin leaders in Hura as a “quiet young man” also attacked soldiers, police and civilians at the Central Bus Station in Be’er Sheva.

This was the third such terrorist stabbing attack this week, and the eighth so far this month. This past Saturday, a 35-year-old man was stabbed by an Arab terrorist in Jerusalem near the First Station shopping center on Hebron Road.

The next day, two Israeli Police officers were stabbed by another Arab terrorist in Jerusalem’s Ma’ale Zeitim (Ras al-Amud) neighborhood.

Shabtai subsequently told reporters there was no prior warning.

Police and security personnel have been placed on high alert throughout the country, however, due to concerns over possible copycat attacks. 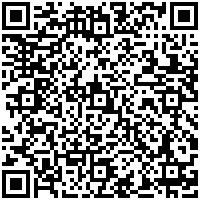