An Israeli Bedouin educator in the northern Negev town of Hura was sentenced to prison Thursday after being convicted on charges of planning to join Da’esh (ISIS).

High school teacher Muhammad Al’ab Ahmed abu Alkyan, 27 was found guilty of having used his position as an educator to spread the terror group’s propaganda among the students and teachers.


He also shared the Da’esh doctrine with family members and associates, according to a statement by the Shin Bet.

Alkyan was sentenced to four years in prison, having confessed during questioning to his plans to join Da’esh (ISIS).

He also was convicted of establishing his own terrorist cell in southern Israel, and having acted as a “spiritual teacher” in passing on ISIS teachings and recruiting other supporters. 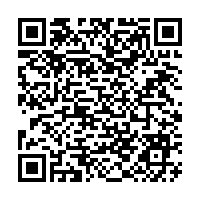