There were no casualties in any of the incidents, all of which took place near the community of Kfar Etzion, but tremendous property damage in local orchards was reported.


“Arson is terror in every sense, especially when it is carried out near communities in Judea and Samaria,” said Kfar Etzion head of security Ephraim Somech.

“Kfar Etzion suffers from attempted arson attacks throughout the year. This happens during the cherry picking season, as well as before and after. I hope and believe that the army will focus on catching those responsible,” he said.

“In the attack this evening, three burning tires were hurled into fields near Kfar Etzion, while five suspects were witnessed running towards the village of Hirbat Tzefa bordering Kfar Etzion,” Somech added.

The Gush Etzion Regional Council responded in a statement saying, “The arson attacks are terror attacks through and through.

“We expect the political echelon to instruct the IDF to fight arson terror in Judea and Samaria. We believe that the IDF will know how to deal with these types of incidents.” 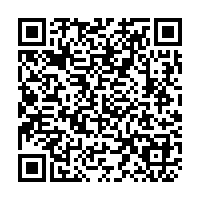