The condition of the two IDF soldiers, members of the elite undercover Duvdevan Unit, improved Tuesday, after incurring severe injuries during an operation to arrest wanted terrorists in the Arab village of Bidu on Saturday night.

The first soldier’s state improved, enabling his release from the Intensive Care Unit for further treatment in the chest surgery department.


He was released from the intensive care unit while conscious, in stable condition, alert and communicating with his surroundings. As he was leaving the ICU, his friends and colleagues in the ward stood in two columns and saluted him excitedly and accompanied his bed as he sat smiling.

The condition of the other soldier, Captain D., is still defined as severe but stable, and he is still on a ventilator. He regained consciousness on Tuesday and is communicating with his family and the medical staff.

After undergoing multiple surgeries for nine gunshot wounds, the staff hopes to bring him to a state where it will be possible to discharge him from the ICU.

The operation in which the two troops were injured was part of the IDF’s multi-pronged counter-terrorism operation at several locations in Judea and Samara to take out a Hamas terror cell, during which five terrorists were killed and four were arrested.

Chief of Staff, Lt. Col. Aviv Kochavi visited the two soldiers on Monday and told their parents that “your sons are warriors, and so are they in their character. They acted during the operation while exhibiting great courage and daring.”

“It is important for you to know that if we had not stopped this network, of the Hamas terrorist organization, they [the terrorists] would have been at an advanced stage and would have carried out attacks in Israeli cities, your sons prevented these attacks,” he added.

“When I would finish such operations to thwart a [terror] squad, I would tell my fighters, look at the people on the street – you do not know the life of which one you saved,” he said. 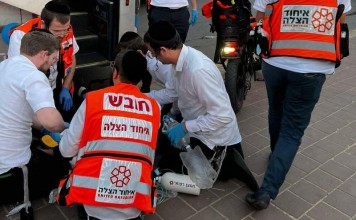 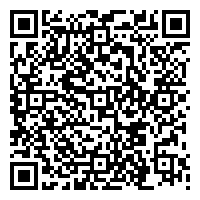