Modiin, Israel – As elite IDF units continue to comb the length and breadth of Judea, Samaria and Palestinian Authority-controlled areas in the West Bank searching for the kidnapped Mekor Haim Yeshiva High School students – 19-year-old Eyal Yifrach and Gilad Shaar and Naftali Frankel (some news outlets are spelling the name “Frenkel”), both 16 – Israeli officials seem to be stymied by an apparent lack of communication between the kidnappers and the Israeli security apparatus. The three teens are believed to have been abducted near Alon Shvut in the Gush Etzion area last week.

As of Tuesday afternoon, there were no ransom demands or videos claiming responsibility for the abduction.


Israeli TV news reports speculated that the kidnapping was probably carried out by a Hamas unit operating in the Hebron region but without the authorization of the main Hamas leadership in Gaza. Hamas leaders in Gaza were quick to announce the abduction of IDF soldier Gilad Shalit but were caught off guard by the latest West Bank incident, as Gaza’s leaders first denied their involvement but then threw their support behind the abduction without revealing any information concerning who was involved.

Prime Minister Benjamin Netanyahu and Defense Minister Moshe Yaalon warned that Israel is preparing a harsh response against Hamas and other terror organizations in the West Bank, Gaza and beyond in order to smash terrorist infrastructures in the region. The IDF is also facing a growing threat from Hizbullah and al Qaeda groups operating across the border in Syria, Lebanon and Egypt. Hundreds of Hamas politicians and activists have been rounded up and jailed by Border Police and IDF units throughout the West Bank over the past week.

If the abductors’ goal was to force Israeli authorities to release long-serving Palestinian prisoners, the effort backfired as Israeli forces are quickly rolling up what was left of Hamas in the West Bank and are reportedly contemplating the overthrow of the Hamas leadership in Gaza should harm come to the three teenagers.

The latest round of violence against Israeli citizens began nearly a month and a half ago when unknown assailants murdered 19-year-old Shelly Dadon in Migdal HaEmek. While the Israel Police and Shin Bet initially announced that they were closing in on one or more suspects, Dadon’s parents claimed that the police had few clues to go on. However, the Israel Police on Monday slapped a gag order on the media after it announced again that it was “close to solving the case.”

The Israel Police came under fire after it was reported that a young dispatcher, who was doing Sherut Leumi (National Service), received a phone call from one of the missing teenagers shortly after the ordeal began. But a police supervisor reportedly told the dispatcher the call shouldn’t be taken seriously. Only after the teens’ parents notified police that their children were missing did police intelligence pass on the information to the Shin Bet and IDF. The failure to communicate a possible kidnapping gave the kidnappers a six-hour head start, which, according to several police and intelligence experts, amounted to a potentially fatal failure on the part of the police supervisor. 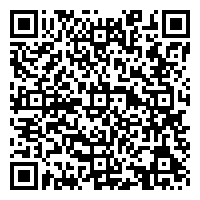