“Israel’s enemies have refocused their efforts to target the weakest link–American Jewry,” Marc Prowiser, Director of Security Projects for the One Israel Fund, told a gathering in Princeton Monday evening, June 16.

Prowiser, who spoke at the The Jewish Center of Princeton (TJC), was brought, according to an email from the TJC president, as part of an effort to “provide a range of perspectives on Israel.”

Prowiser said he was disappointed that TJC did not invite him to debate the executive vice president of the New Israel Fund, who will speak Wednesday evening.

Declining membership at TJC, a conservative congregation located in a central New Jersey town dominated by the University and liberal left thinking, includes a number of resignations from longtime members due to TJC’s waning support for pro-Israel programming.

America’s view of Israel, said Prowiser, a security expert who has lived in Shiloh for more than two decades, is the result of intentional “misinformation and manipulation by the media.” Jews of the Yishuv—a biblical word that loosely translates to ‘settlement’ and the source for much international misrepresentation—are “hated for something that does not exist.”

Prowiser, a compact well-spoken Israeli sporting jeans and boots, himself belies the media’s portrayal of the “settler” as someone clad in black with “long payos and an axe.”  Shiloh, is located in Israel’s Shomron region. TJC congregant Nelson Obus described the town as “Levittown but nicer.”  It also happens to be the first Biblical city to house the Mishkan (or Ark of the Covenant). More than 700,000 Jews currently reside in Judea and Samaria.

Prowiser, who favors a One-State solution for Israel where Arabs are welcome but “citizenship is earned,” spent much of the evening fielding questions.

On the security fence, Prowiser said he preferred to take it down as soon as possible but “would fight terror without mercy.”

Responding to a final query from the only teen in the room, Prowiser told him: “if you are for freedom and democracy and you are not for Israel, you are a hypocrite.” 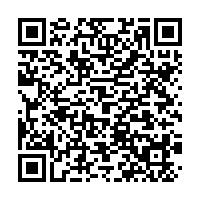