An Arab terrorist responsible for stabbing and injuring two Israeli men in the past 24 hours in the Arab town of Hizmeh was arrested Thursday afternoon by a Special Forces unit, Israeli police said.

Hizmeh, located a few minutes north of Jerusalem, has been the scene of multiple terror attacks.

The terrorist reportedly asked the second victim if he was an Arab. When he replied in the negative, the attacker pulled out a knife and stabbed him.

An arrest operation was carried out in the northern Jerusalem Arab neighborhood of Shuafat by undercover operatives led by the Shin Bet after receiving intelligence about the suspect, a man in his 20s. He was arrested at his home and taken into custody for questioning.

The first Israeli victim, age 48, was stabbed and moderately wounded Wednesday afternoon while shopping in Hizemh.

The second victim, 68, was stabbed Thursday morning as he stopped at a shop in Hizmeh to purchase cigarettes.

Both are hospitalized at Jerusalem’s Shaare Zedek Medical Center. 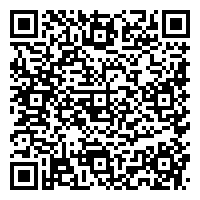