An Arab terrorist was shot in the stomach and neutralized when he ran holding a knife towards an IDF soldier guarding a bus stop at the Gush Etzion intersection.

The attack happened around 1:15 PM on Wednesday.


The suspect received preliminary treatment by MDA and IDF medical teams, and was evacuated to the Hadassah Ein Karem medical center.

An IDF soldier was treated at the scene of the incident after being cut by the terrorist’s knife, but was not evacuated.

The Gush Junction was blocked until the end of the event.

According to Ma’an, Arab eyewitnesses reported that the young man was crossing the road quickly to catch up with a bus that was starting to move away from the curb, and the soldiers fired at him. The Arab news agency did not attempt to explain how the young man managed to cut the soldier while chasing the bus, nor mentioning the knife he was carrying. 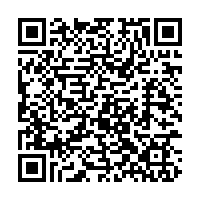