Rabbi Itamar Ben-Gal was laid to rest Tuesday in Har Bracha, a small Israeli town south of Nablus (Shechem), a day after he was murdered by an Arab terrorist at at hitchhiking post near the town of Ariel.  Hundreds of people, including Knesset Speaker Yoel (Yuli) Edelstein and Deputy Defense Minister Rabbi Eli Ben-Dahan, gathered at the community to accompany Ben-Gal, a 29-year-old father of four, on his final journey.

Edelstein eulogized Ben-Gal as a loving family man who dedicated his life to education and faith in God.

“How short his life was, but how full,” Edelstein said. “He headed an exemplary family and had a deep love for the Land of Israel and a connection to the Jewish people.”

Yoni Yisraeli, a spokesman for Har Bracha, said the community was “burning inside” with grief at the loss of a neighbor who was full of life and optimism. But he added that the murder would not drive Jews from the area.

“Despite the pain, your family is strong. So is this community. No pathetic, lowly murder will weaken us. Anyone who thinks they can weaken us should know that tis murder has only strengthened us. We will build more neighborhoods and more kindergartens and more synagogues. Har Bracha will become a city. That is the true comfort for our town. That was your way and we will continue it forever.

“In the name of the family, I ask everybody to respect the sanctity of this funeral and not to call for revenge,” Yisrael said.

Ben-Gal had been travelling to a circumcision ceremony for a nephew when he was attacked.

Miriam Ben-Gal, Itamar’s widow, said in a statement overnight between Monday and Tuesday that her husband was murdered “on the soil of the land of Israel.”

The murder was the second terror attack to hit the region in recent weeks: On January 9, Rabbi Raziel Shevach was shot dead adjacent to his home at Havat Gilad, about 10 kilometres west of Har Bracha.

“A blood tie, what a phrase. It represents comradery, family. A blood tie. It represents a connection forged over blood. pure blood. I am a widow. I was chosen for that. I am a Jewish widow. A proud one. My husband is Jewish, and this was his destiny. A cruel and bitter destiny. And now, we are bound together, my new sister.

“We were chosen. It’s an unseemly and cruel choosing. What is our destiny? it’s unclear, but I’m certain the load will be lighter if we both carry it. We’ll deal with being alone together, with comradery, with a pain that will not cease. I will not cease either, unless you tell me to,” Yael Shevach wrote. 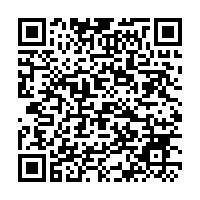