A car ramming attack Thursday morning on Rt. 60, outside of the Judea and Samaria community of Ofra, killed one man, 20, and injured another.

The terrorist came driving down Rt. 60, saw the two men standing at the hitchhiking stop and ran into them, slamming into the structure. Emergency medical service (EMS) volunteer responders from United Hatzalah in the region, MDA teams and large contingents of police and security forces responded to the incident.


Nachum Bienenfeld, a volunteer EMT with United Hatzalah who responded to the attack said, “When I arrived at the scene I found a a very tragic and difficult situation. The Palestinian vehicle had come up on the sidewalk, and rammed into a group of soldiers who were standing near the bus stop. The vehicle had continued and landed in a ditch by the side of the road. IDF medical teams treated those injured in the attack. Security poles that had been set up near the bus stop due to a previous ramming attack that had taken place at that bus stop prevented injury to other civilians who were standing at the bus stop.” 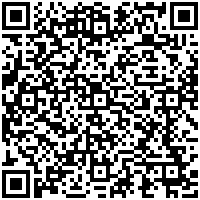