The IDF says it believes the Iranian-backed Palestinian Islamic Jihad terrorist group in Gaza is planning a major attack – or a series of attacks – on Israel in the coming hours or days.

The move is apparently a bid to scrap the “calm” between Israel and Gaza’s ruling Hamas terrorist organization, worked out by Egyptian and United Nations mediators.


PIJ operatives appear to be carrying out directives received either from Iran, or from the Beirut office of PIJ leader Ziyad Nahala. PIJ terrorists were responsible for the five rockets that were fired at southern Israel on Sunday morning, according to the IDF.

Israeli security officials said they spotted unusual activity by PIJ operatives at several different locations along the Gaza border security fence during the day on Monday. Security personnel said the terrorists may have been planting explosives, attempting to damage the fence or setting up rocket launchers. They added that it appeared that Hamas was unaware of the activities. 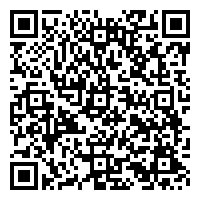