The IDF issued a callup for the nation’s reserve soldiers on Thursday in anticipation of a possible ground invasion of Gaza.

Defense Minister Benny Gantz approved the military callup for up to 9,000 reservists as needed, his office told Israeli journalists.


All weekend leave has been cancelled for combat troops as the IDF prepares for the possible ground incursion.

At least 7,000 reservists received the callup notice Thursday as Hamas and Palestinian Islamic Jihad continue to batter Israeli communities in the central and southern regions with advanced rocket fire, and as of Thursday, explosive-laden military drones as well.

IDF Spokesperson Brig.Gen. Hedi Zilberman said Thursday that infantry and armored forces are already on the Gaza border studying the area in advance of a ground incursion.

“There is a possibility of a ground entry,” Zilberman told Israel’s Channel 12 News. “The IDF is prepared for this.”

Reservists are being deployed to the IDF Central Command and Northern Command as well as the Southern Command in order to free up active infantry and other personnel who are being sent on other missions.

A massive barrage of long-range rockets was fired at Tel Aviv, Be’er Sheva and as far southeast as Eilat during the day on Thursday. Four Israelis were injured in the late afternoon barrage.

The IDF downed at least three of the armed suicide drones before they crossed the border into Israel from Gaza, using Python-5 missiles and the Iron Dome anti-missile defense system.

According to a report by The Jerusalem Post, one of the UAVs was specifically targeting a gas rig off the coast of Israel, in the Mediterranean.

Later in the day, the Israeli military bombed the operational complex of the Hamas UAV commander, Samer Abu Daka.

Kaplan Medical Center evacuated wards on the top floors of its buildings, moving all staff and patients elsewhere in the hospital, located in the southern city of Rehovot, home of the Weizmann Institute of Science.

The move came in accordance with instructions from the IDF Home Front Command.

Among the patients who were evacuated from the top floors – which are most at risk in a rocket attack – were patients being maintained on life support, with respirators.

Nearly 1,700 rockets have been fired at Israel from Gaza since the start of hostilities on Monday evening. 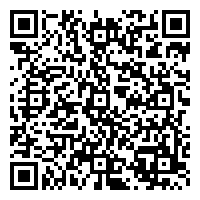