Two rockets were fired in an attack on southern Israel by terrorists in Gaza shortly after 10 pm Thursday night.

Iron Dome system fighters downed one of the rockets overhead.


The system calculates which projectile is headed for heavily populated areas and moves to intercept it in the skies far above. But the timing is tricky and requires a soldier to be extremely alert, attentive and have excellent reflexes.

The attack triggered the Red Alert incoming rocket sirens in the coastal city of Ashkelon as well as the Ashkelon Coast Regional Council district and that of communities in the Gaza Envelope.

“Following the report of a Red Alert rocket alarm, two launches from the Gaza Strip into Israeli territory were identified. Aerial Defense fighters intercepted one launch,” the IDF said in a statement.

The second rocket landed in an open area in the Ashkelon Coast Regional Council district, according to security sources.

“The sounds of explosions that will be heard in the coming hours in the Gaza Envelope and nearby southern cities near the sea, are normal activities of the Israel Air Force,” security sources told residents in the area. 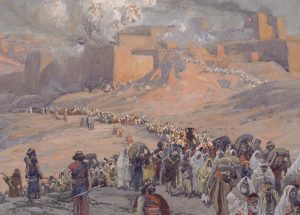 When God Said “I’ll Give You Something To Cry About”