The Nasser Salah al-Din Brigades announced Saturday the entry of their new precision rocket into “military service” — the IQ25 — which can reportedly hit targets accurately 25 kilometers (15 miles) away.

Nasser SAlah al-Din Brigades is the military wing of the Popular Resistance Committees, an umbrella group of the terrorist organizations that operate in Gaza. 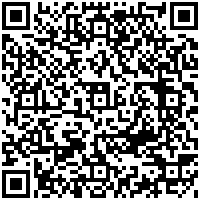