A 55-year-old man living in Ramat Gan died on the Sabbath after being caught in a rocket attack that reached the Tel Aviv suburb of Ramat Gan.

A macaque monkey named “Noel” living in the Ramat Gan Safari was hit in the back by shrapnel — the direct result of a rocket that hit the monkey complex at the site. Veterinarians immediately took her into surgery and she was successfully operated on, Safari officials said.

“The shard was removed from her body, she is receiving antibiotics and painkillers and now she is recovering with her caregivers around her,” wrote Sagit Horowitz on her Twitter account.

Ten people were treated at Tel Aviv’s Sheba Medical Center for smoke inhalation, minor injuries during their run for a bomb shelter and three Israelis who suffered severe anxiety and shock. A total of 33 people were injured while racing for cover, including one seriously; 192 people were treated by Magen David Adom (MDA) for panic attacks and shock due to rocket fire.

Ten Israeli civilians have been killed in rocket attacks fired from Gaza since the start of the conflict, including a six-year-old child in Sderot. An IDF soldier was also killed in action.

At least 564 Israelis have been wounded; six are still in serious and critical condition.

At least 30 Gaza civilians, including many children, have also been killed by rockets that were misfired by Hamas and the Palestinian Islamic Jihad terrorist organizations.

A number of Israeli homes and business structures were directly hit by rockets launched from Gaza during the 24 hours between Friday night and Saturday evening, including buildings in Sderot, Rishon Lezion, Ramat Gan, Givatayim, Yavneh and Ashkelon.

Rockets landed in other communities as well, including Holon, Lod, Givat Shmuel and Taibe.

On Saturday night, IDF aircraft eliminated two surface-to-surface rocket operatives from the Palestinian Islamic Jihad (PIJ) terror group. One strike was in Khan Younis and the other was in Meghazi.

Israeli combat pilots struck the high-rise Jala Tower in Gaza where numerous international media had offices, including Al Jazeera and The Associated Press. The building was targeted because it housed the Hamas military intelligence complex, the IDF said, adding the news bureaus received a one-hour advance warning to vacate the building with their equipment since it was going to be hit.

Nearly 300 rockets were fired at Israel from Gaza between 7 am Saturday and 9 pm Saturday night.

The Iron Dome anti-missile defense system intercepted dozens of rockets during the day; in some cases, shrapnel from the interception landed close to populated areas. In one case, shrapnel landed near the Safari in Ramat Gan. Another landed in Rishon Lezion, outside the IKEA housewares store.

Constant rocket fire was aimed at the coastal city of Ashkelon, the port city of Ashdod, the central Negev city of Be’er Sheva, Kiryat Malachi, Netivot, Gan Yavneh and numerous Bedouin villages located in the desert areas around Israeli cities in the Negev.

In Ramat Gan, Magen David Adom (MDA) paramedic Lior Marmelstein told journalists when his team arrived at the site, they saw “destruction and damage” to buildings on the street.

“We went from door to door with large numbers of MDA personnel and searched the apartments,” Marmelstein said. “In one of the apartments, we located a man of about 50, unconscious. We performed medical examinations in order to provide him with medical treatment, but after performing CPR, we were forced to declare his death,” he said.

In the 12-hour span between 7 am Saturday morning and 9 pm Saturday evening, nearly 300 rockets were fired at the Jewish State; about 40 didn’t clear the border and exploded in Gaza.

One rocket directly struck an apartment in a high-rise residential building in Be’er Sheva, severely damaging the home, but the family was not physically injured because all had been sleeping in their built-in bomb shelter when the rocket fire started.

A residential building was also struck in Ashdod; as with Be’er Sheva, no one was injured, having entered their bomb shelter. However, in Ashdod some neighborhoods lost power and a fire erupted in a factory from the force of shrapnel landing at the site.

One rocket also struck the Palestinian Authority town of Azzoun, where no one was physically injured but damage was reported.

According to the Izz a-Din al-Qassam military wing of Hamas, however, that rocket had been intended to hit the Jewish city of Modi’in, in central Israel. “The Al-Qassam Brigades bombed Modi’in, west of Ramallah, for the souls of the martyrs of the occupied West Bank and in revenge of their blood,” the Al-Qassam Brigades said in their statement.

One rocket landed near the Palestinian Authority capital city of Ramallah, in Samaria, according to Ynet.

Another rocket landed in the central Israeli city of Taibe, home to an Israeli Arab population.

“MDA remains on high alert around Israel and reminds the public to continue to heed the instructions of the Home Front Command and call MDA’s 101 Emergency Call Center for any medical emergency.” 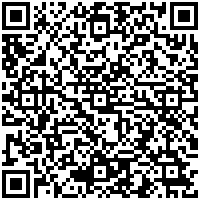