The Israel Trauma and Resiliency Center (NATAL) has released a report warning the number of Israelis suffering from symptoms of traumatic stress has skyrocketed – particularly in the rocket-battered southern region.

According to the report, NATAL received more than 4,000 calls to its help line last year alone – a 25 percent increase over the previous year, and the peak of an ongoing rise that began as far back as 2014, during the Gaza war known as Operation Tzuk Eitan (Protective Edge). The numbers were reported Sunday in the Hebrew-language daily Yediot Ahronot newspaper.

“We need to bravely recognize and address the phenomenon whereby entire generations are living and growing up in the country under a continuous security threat,” said NATAL executive director Orly Gal.

During the 700-missile barrage fired during this month’s two-day conflict with Hamas and the Palestinian Islamic Jihad terrorist organizations in Gaza, the help line received more than 1,000 calls.

Of those, the largest number were registered during rocket and arson attacks with incendiary and explosive balloons launched by Hamas-led Gaza terrorists.

Only 45 percent of those seeking help for trauma-related issues were civilians, according to the data for 2018; another 45 percent were IDF veterans between the ages of 21 and 34. The remaining 10 percent were older military veterans suffering from Post-Traumatic Stress Disorder (PTSD).

Taking a look at the geographical breakdown, just 12 percent of the callers were residents of northern Israel, which also was targeted in rocket attacks by the Iranian-backed Hezbollah terrorist organization during the 2006 Second Lebanon War and sporadically several times since.

But the lion’s share of the callers in 2018 – 65 percent – were residents living in southern Israel, where arson, rocket, and mortar attacks are near-constant realities of life for many families, especially those living closer to the Gaza border.

More than 1,000 rockets and missiles have been fired at Israel in the past year – 20,000 since the start of this century. NATAL was founded in 1998, and has treated more than 300,000 people in need of mental health assistance since that time. 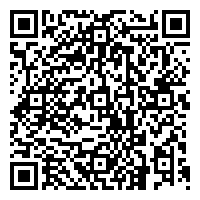