A woman, 26, was seriously injured from a stabbing near the entrance to the tomb of Shimon Hatzadik in Jerusalem Wednesday morning. The woman was evacuated to Hadassah Hospital on Mount Scopus with the knife still in her back.

Before 9:00 AM, Police announced that they caught the stabber, an Arab girl, 15, who was discovered inside a school in eastern Jerusalem. She used a 30 cm. knife to attack her victim.


A teacher, and two additional students were arrested, along with the terrorist.

Video footage shows the terrorist waiting for a victim to follow, stabbing her, and then running away.

“When we arrived at the scene, we saw near the entrance to the tomb of Shimon HaTzadik a woman with children who was on her way to bring them to daycare when she was stabbed,” said MDA paramedics Moshe Cordova and Dudi Gur. “She was fully conscious and walked. We provided her with life-saving medical care and urgently evacuated her to the hospital when her condition was serious but stable. On the way she communicated with us.”

After being treated at Hadassah Mount Scopus hospital, the hospital now lists her condition as lightly wounded and she is stable and conscious. She was treated her for a stab wound to the back. The mother was released from the hospital on Wednesday afternoon.

The children were not harmed and remained under the supervision of police officers on the scene.

MDA deputy spokesman Nadav Metzner added that “there was a big commotion at the scene when the teams arrived at the scene, and the wounded woman was agitated.”

Israel Police reported that “large police forces have been called to the scene and are conducting searches for one suspect who escaped.”

MDA Spokesperson reported: “At 7:31 AM a report was received at the Jerusalem Regional Dispatch Center regarding a female victim of a violent incident near the burial site of Shimon HaZadik in Jerusalem. MDA EMTs and Paramedics are treating a 30-year-old woman in severe condition with stab wounds and evacuating her to Hadassah Har HaZofim hospital.”

Jewish residents of the neighborhood have been reporting a massive upswing in Arab terror attacks over the past few months, including firebombs, rock throwing, burned cars, and pedestrians being attacked. They’ve also been complaining that the police have not been dealing properly with the ongoing terrorism.

Otzma Yehudit Chairman MK Itamar Ben Gvir issued a statement saying: “Terrorism has reared its head. Over the past two weeks, we have witnessed an increase in the wave of terrorism, one terror attack follows another, and the government is silent. When more than two weeks have passed and the home belonging to the terrorist who murdered Eliahu Kay Hy’s is not destroyed, it’s a failure. I call on the government to demolish the terrorist’s home today.

“Meanwhile, the Israeli government is sending a message that it is surrendering and is being weak in the face of terrorism. Only the death penalty for terrorists, demolition of the terrorists’ homes, and deportation of their families will bring a decrease in the number of terror incidents.”

Here’s a question: would you support the death penalty for a 14-year old girl terrorist? Food for thought. 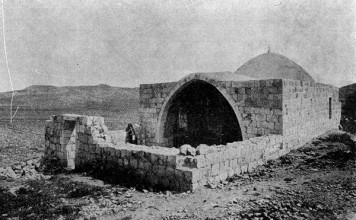 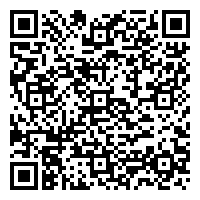