The confirmed visit to Israel by U.S. President Barack Obama for later this month is no longer a sure thing.  The trip will not go forward if Israeli Prime Minster Binyamin Netanyahu fails to put together a ruling coalition in advance of the announced March 20 trip date.  But if the stars align and Obama decides to go through with his current plans to visit Israel, will the cost be worth it?

The cost to Israelis who are waiting for permits for housing in certain parts of Israel has already been discussed: Israeli Prime Minister Benyamin Netanyahu has placed a freeze on construction anywhere beyond the 1967 Armistice Line until after Obama leaves the country.


Also well known and anticipated is the pressure the U.S. president is likely to place on Israeli leadership both to return to the negotiating table in order to move forward the “peace process,” as well as to let the big boys – i.e. the U.S. and the EU – decide when, and whether, to put a complete stop to Iran’s march to nuclear weaponization.

But there is another set of costs that Israel will have to bear if Obama and his entourage make the planned but still tentative visit to Israel.

As the Israeli news outlet YNet explained, the three-day visit is expected to cost the state of Israel more than $ 2.5 million.

The greatest chunk of the cost will be in enhanced security as thousands of additional Israeli police and military officers will be stationed in an expansive, mobile cocoon surrounding Obama and his entourage at all times.  During all travel within the country, there will be helicopter as well as automobile ecorts.

As with other heads of states visits, Obama will be staying at the famous King David Hotel in Jerusalem, where entire hallways will be closed off to the general public.  For a visit of a dignitary such as the U.S. president, additional costs will be racked up in special floral arrangements, re-furbishing of furniture and other amenities at the hotel.  Extraordinary communication arrangements and the provision of emergency medical contingencies supplies will also be made available during the president’s visit.

A senior Israeli treasury official told YNet that the cost to Israel of a visit by President Obama is likely to be as much as 10 times the cost of a visit from any other head of state.  “There is no doubt the visit is worth the extra expense,” he hastened to add. 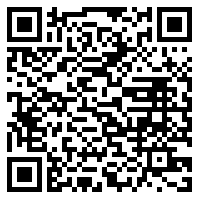