The Honenu legal aid society report for 2017 shows that as many as 54 IDF soldiers approached the organization for legal advice and support last year, when they faced military court procedures over their actions while in uniform. These included high-ranking officers.

Additional figures in the report show that last year Honenu handled 60 cases of administrative detention orders against residents of Judea and Samaria, both youths and adults, 16 of which were appealed to the military court, with three of them being canceled outright and four shortened.


Honenu filed 24 complaints against the police last year, nine of which were accepted, one rejected and the rest are still pending. The most conspicuous of these complaints was filed on behalf of a young Jewish man, who received $11,500 in compensation after being searched in the nude by policemen. According to Honenu, in the course of the trial, unacceptable police methods were exposed, and the group is working to correct them.

According to the annual report, Honenu lawyers noticed a judge who was signing numerous copy & paste arrest warrants against boys from Judea and Samaria, saving time on actually reading each police complaint. The lawyers filed a complaint with the Ombudsman on judges, who found their complaint justified and forwarded his ruling on the matter to the Justice Minister and to the Supreme Court President.

The Honenu report also notes dealing in 2017 with many cases of weapons that were revoked from residents of settlements and eastern Jerusalem. In 12 of these cases the group succeeded in returning the weapons to their owners. Among these cases was a resident of Ofra whose weapon was returned after he had been in mortal danger when an Arab mob attacked his car with stones. He and another man who was with him fired their weapons and hit one of the rioters. Their weapons were returned after a few months of legal proceedings.

In another incident, a resident of the Old City was disarmed after being attacked by Arabs near his home. After an appeal filed by Honenu, his weapon was returned.

In one case handled by Honenu in 2017, an indictment against a Jewish man accused of assaulting Arabs was completely rescinded after the court had found that the State Prosecutor’s charges against the defendant could not be substantiated.

Honenu founder Shmuel (Zangi) Meidad said in a statement: “We thank God for the privilege to act on behalf of the people of Israel and to strengthen them in their land. We are also happy to defend the IDF soldiers who were sent to protect us. Our goal is to help every soldier who risks his life in defense of the people of Israel, so he may be able to concentrate on his mission and not have to fear that he would face a trial.” 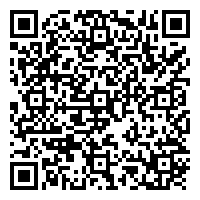