This is not a joke: after the kite terrorism has burned 6,200 acres of agricultural land and nature preserves in Israel’s territory, the army is examining whether kites and helium balloons can be defined legally as weapons. The reason is that such a definition would allow the air force to directly attack terrorist squads who launch firebomb kites and balloons and not be forced to suffice with warning shots.

Yes, in case you did not ingest the full meaning of the above paragraph, under the current rules of engagement, an air force aircraft that shoots and kills a squad working on one of their kill toys, would be court martialed.

But don’t you worry, the strongest army in the Middle East has already deployed its best legal minds to figure out a way out of this conundrum, and will surely provide a solution very soon.

Meanwhile, the army has already decided that using its sniper units against those playful terror squads is out of the question. For one thing, those terrorists are too far from the border fence to make sure none of them are killed from the sniper fire; and then there’s the problem that as soon as they hear the shot, the run off to a new location with their murderous equipment.

Therefore, the only solution is to define those kites and balloons as weapons, much like the Hamas’ and Islamic Jihad’s homemade rockets, which would give the IAF the legal right to go beyond those warning shots and actually fire directly at those terrorist cells – in order to kill them.

Over the past two days, IAF aircraft attacked three terror cells who were set to launch firebomb kites at the Israeli settlements alongside the Gaza perimeter.

The IDF Spokesperson’s Office stated that “the IDF views severely the use of firebomb balloons and kites and will act to prevent their use.”

See? They can’t say anything about killing their launchers, because that would be a violation of the rules of engagement. 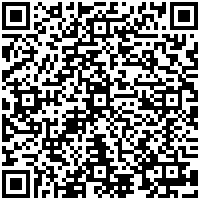