Answering the call of Danny Danon, Israel’s Ambassador to the United Nations, a panel of legal experts gathered in the UN’s General Assembly to discuss how they were tackling the international Boycott, Divestment and Sanctions (BDS) campaign against Israel.

Addressing the surge of anti-Israel activity on university campuses perpetuated by fellow students and faculty, Rabbi Dr. Mark Goldfeder, an attorney and senior lecturer at Emory Law School, said that it is critical to understand when the line is crossed from “protected free speech” to “unprotected speech that is legally actionable.” Goldfeder said not all speech is protected and explained the standard comes from the case Davis v. Monroe.


“It’s pretty simple, harassment can take many forms and can be verbal or written; if it is severe, persistent, or pervasive enough to limit or deny a student’s ability to participate in, or benefit from an educational program, that speech is not protected.”

Responding to comments made by Omar Barghouti, a leader of the BDS movement who told Columbia Law School students in 2014, “Either smarter people have abandoned Zionism or the IQ of Zionism has gone down because they haven’t come up with one smart tactic to fight BDS,” Goldfeder declared: “Challenging Jews to ‘lawfare’ is kind of our national sport. On behalf of the panel, challenge accepted!”

Carly Gammill, American Center for Law and Justice senior litigation counsel, said, “We have seen time and time again, [BDS] are very aggressive and proactive, and there are opportunities and ways for us now to be aggressive and take back the territory.”

Gammill urged taking advantage of the laws that are already are on the books, and advised university students to be aware of the policies and governing rules on campus so that they can determine if the rules are being violated. She also warned of the necessity to know the “recording laws” of the jurisdiction, so that one can record an event or conversation without being on the wrong side of the law. (Federal law and many states permit recording if one party to the conversation consents, while other states require the consent of all parties.)

Elizabeth Berney, ZOA in-house counsel, said the ZOA fought a six-year battle to have Jewish students included among the groups protected from harassment under the Civil Rights Act of 1964, “These are very important tools, because if a university violates these harassment requirements, they can lose federal funding.” She said federal criminal remedies and regular civil remedies such as defamation suits can also be sought.

Justice Elyakim Rubenstein of the Supreme Court of Israel advised it necessary to know the facts and history of Israel and not be sucked into the BDS narrative but rather address the narrative of truth. Anne Herzberg, NGO Monitor’s legal counsel, stated, “BDS traffics in distortions, omissions, and outright falsehoods and it can feel overwhelming when someone is spouting UN security resolutions and legal lingo that one is not familiar with, where if you did a little digging you would see they’re misusing these words.” Herzberg encouraged referencing the website NGOmonitor.org as a resource to become familiar with the facts and legal terminology that is often bandied about.

Herzberg also said it’s imperative to track where BDS funding is coming from and said the Rockefeller Brothers Fund is reportedly increasing their contributions where BDS funding is dropping off. “Banks are cutting off banking to BDS organizations due to their potential links to terror groups, aside that they are engaging in discrimination of national origin and religious discrimination,” she said.

Gabe Groisman, a City Council member from Bal Harbour, Florida, told how Bal Harbour passed the first anti-BDS ordinance in the country: “Our law requires any agreement with our municipality to include a representation that the contracting party is not involved in, and will not be involved in, the boycott or divestment of any authorized trading partner of the United States, including Israel.” He said this caused the local church of the United Church of Christ to sit down with him when they wanted to redevelop, and they ultimately decided to withdraw two million dollars from their parent church’s national fund.

At least 30 states in the U.S. have passed anti-BDS legislation and the resulting impact has been seen internationally. Herzberg related how when the state of Illinois announced it would not be able to execute government contracts with a particular Danish bank that listed an Israeli company for boycott, the Danish bank removed the Israeli company from its blacklist. Herzberg concluded, “These are great developments, and we should continue to push for them and follow the money, follow the money.”

The panel urged students not to be afraid and reach out to the ENDbds.com hotline if they are ever in trouble or being targeted by a school administration and need a lawyer. Goldfeder said the bullying of students and professors, whether they be Jewish or non-Jewish, has come to an end. “It won’t happen anymore, because we’re not going to let it.”

And World Jewish Congress chairman Ronald Lauder promised to read every e-mail sent to campus@WorldJewishCongress.org from anyone on campus who feels that they are alone in facing anti-Israel and anti-Semitic sentiments.

Repeatedly advising that anyone being targeted by the BDS movement not be cowed, Goldfeder said, “Jay Sekulow, chief counsel of ACLJ, has won so many Supreme Court cases it’s not even fun anymore; he is on your team, and so many other people are here on your team… don’t be afraid because you’re not alone. Bottom line, whether it is local, state, or federal law, whether it is a public or private university, we have this and we’re going to win.”

Jonathan Greenblatt, CEO of the Anti-Defamation League said, “Whether or not we at ADL will adopt every approach, I applaud those groups who use the law and legislation to fight de-legitimization, celebrate individuals that opt for education and programming to beat back BDS, and we should honor those who use naming and shaming to expose the enemies of peace.” 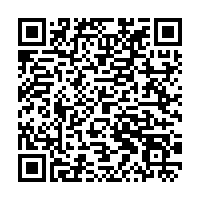