A new report published Tuesday in the wake of the destruction of the Netiv Ha’avot neighborhood in Gush Etzion reveals consistent discrimination by the Supreme Court against petitions submitted by the right.

The Regavim movement analyzed more than 110 petitions submitted on both sides of the political divide between 2005 and 2017 regarding buildings that are indisputably illegal, with the claim that the IDF Civil Administration refrained from enforcing the law against them.

The petitions on both sides usually deal with the same legal issues, and therefore the report focused on examining the procedural elements of the court’s work, which are conducted in advance of the court’s more involved examination of each case, because these reflect the point of departure and the basic position from which the justices have approached these cases.

Without further ado, these are the findings from an analysis of petitions filed over 18 years on both sides of the political divide:

Notes regarding the illustration above (right-to-left, top-to-bottom):

# days before 1st hearing: in the waiting period from the submission of the petition to its first hearing, there is a three-month gap against the right-wing petitions.

Granting decree nisi: a decree nisi or rule nisi (from Latin nisi, meaning ‘unless’) is a court order that does not have any force unless a particular condition is met. Once the condition is met, the ruling becomes a decree absolute, and is binding. Of the 61 right-wing petitions for which an order nisi was requested, the High Court Justices granted an order in only one petition (1.7%). Of the 43 petitions submitted by the left in which this order was requested, the order was granted in 19 petitions (44%).

# hearings per petition: the left-wing petitions remained on the High Court’s agenda for an average of 33.3 months, while the right-wing petitions lasted only 16.7 months.

Petition life span (months): due to the enormous burden placed on the High Court of Justice, the length of the petition’s life reflects perhaps more than anything else the importance that the High Court attributes to the petition and the issues discussed therein. The petitions of the left received more than double the number of hearings compared with petitions submitted by right.

The period covered by the report coincides almost exactly with the term of office of the three retired court presidents – Dorit Beinish, Asher Grunis and Miriam Naor – making it possible to analyze the presence of each of them on the panels that heard the petitions in question, and whether they gave an equal treatment to the competing petitioners.

The Regavim movement, which issued the report, warned that “the findings of the report constitute a real-time warning to the justice system. Simply put, this data throws a negative light on the Supreme Court, and raises a question as to whether it acts impartially towards all those who enter its gates. This unreasonable conduct on the part of the highest court in the land causes unimaginable damage to the rule of law and to the central place of the judicial institution in general, and the Supreme Court in particular, in society and in a democratic state.”

Regavim further stated that “these findings constitute a warning sign calling on the High Court justices to soul-search and examine their conduct, and demands that elected officials in the legislative branch act to promote a real balance in the courtrooms in order to rehabilitate the lost clean and objective image of the High Court of Justice and the public’s trust in it.” 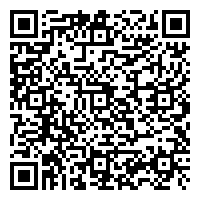