What Berko wants the west to know is that the violence of the Arab Spring is coming to Europe.  And the anger of those revolting will not be directed at the Arab leadership, but at the western leadership.

Because so long as the old ways of their countries of birth are impressed upon even the youth born abroad, through the cultural and religious indoctrination in the madrassas, in the mosques and in the discussion groups, hatred of the west will be the strongest emotion the immigrants will feel.

Berko, who interviewed the infamous Sheikh Yassin, quotes him: “Islam rejects all the cultural and social aspects of the West that contradict Islam and its religious laws [the sharia], for example, we reject women going with the faces uncovered, prostitution and all the immoral aspects of life in the [Western] world.”

There is no political correctness about Berko’s conversation or her warnings, and yet she bridles at the idea that anyone can call her racist. That is part of her strength, she knows the culture, she knows the language, she knows the people and, she knows that they agree with her assessments.  She is not hiding the ball by making excuses, nor does she ignore the mistakes she sees the United States, France, England, Turkey, and even Israel regularly making.

What we are witnessing is not multiculturalism, it is a violent attempt made by guests in various countries to devour their hosts whole, along with their houses and property, culture and legacy. For anyone who has not been paying attention, the Arab Spring has arrived in Europe, and it would be a good idea to get ready to deal with it.

Her parting words are ones that should be taken to heart. And, she warns, America is next in line. 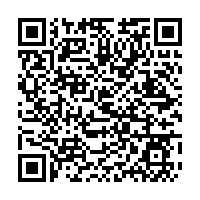