A lack of water on the battlefield is not something that soldiers can afford to worry about in the heat of combat. Supplying clean water however, is not always an easy task given the dangers of any battle.

Aware of this fact, Arye Kohavi, a former company commander in the IDF Special Forces, set about creating technology which would ensure that soldiers are never short of clean water and that the water supply is never delayed.


Water-Gen, a company founded by Kohavi in 2009, developed revolutionary technology designed for the military which can produce clean water out of thin air by extracting water from the ambient air humidity. The technology is now being supplied to the Israeli, British, French and American armies.

Kohavi told Tazpit Press Service (TPS) that Israeli soldiers are often forbidden from drinking water on foreign soil for a variety of reasons including the fact that it can be unclean or even poisonous.

“This innovation was intended for when soldiers go into places like Lebanon or Gaza. The logistics of supplying water in convoys or helicopters is something that needed to be resolved so we wanted to produce water immediately when needed,” Kohavi said.

Following the successes of the technology, Kohavi set about bringing the appliance to the civilians in third world countries two years ago. The GENNY, as the civilian version of the appliance is called, is now used in India, Africa, Central America and China.

Kohavi said that since water in these countries is too impure for consumption, many people have to buy bottles of water which are not always affordable.

“The GENNY can produce 20 litres per day for people who simply cannot drink from the pipes because the water is impure. But because of the efficiency of our technology we can produce water that is much cheaper,” he told TPS.

Kohavi’s innovation earned him a place among the world’s 100 Leading Global Thinkers of 2014 and one of the world’s top innovators in Foreign Policy magazine. Moreover, during the same year, Water-Gen was ranked 21st  in the World’s 50 Most Innovative Companies in Fast Company magazine, with Google receiving the top spot. 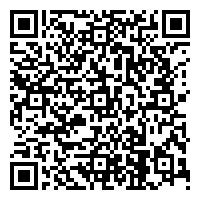