Haifa prosecutors stated on Sunday that three Arab suspects will be indicted for aiding and abetting Nashat Milhem, the Arab gunman who carried out the Tel Aviv shooting on New Year’s Day — after he had fled to his hometown. According to the prosecutors’ statement, the three men knew Milhem’s whereabouts after his attack and even helped hide him, and provided him with food and cigarettes, instead of alerting the authorities.

Milhem, 30, a resident of Arara in northern Israel, was eventually located and killed in a shootout with Israeli police following a week-long manhunt that ended with police discovering his hideout in a derelict building in his hometown.

“After a thorough investigation of Milhem’s hideout, it became evident that he must have received assistance following his escape from Tel Aviv,” a police spokesperson told Tazpit. “Items found in and around his hideout led us to round-up several suspects, including Milhem’s family members, neighbors, and two nearby grocery shop workers.”

According to the prosecutor’s statement, one of the three men to be indicted is a grocery store clerk who allegedly provided Melhem with food and other items and failed to report him to the police.

Attorney Ali Saadi representing the grocer told the press that his client was forced to help the terrorist under threat of death. “Nashat Milhem told my client that if he did not help him, he would harm and even kill his wife and son,” said attorney Saadi.
The three suspects are scheduled to be brought before the Haifa Magistrate’s Court within the next three days. 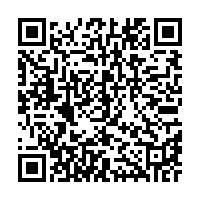