Rami Levy and Shalom Haim offered a bid of NIS 70 million ($20.4 million) for Israir Airlines and Tourism Ltd in October in what was seen as an opening bid for the airline, at that time essentially grounded due to the coronavirus pandemic.

Levy bid the equivalent of NIS 75 million cash for full ownership of the airline’s shares with an allocation of 15,000 regular Israir shares to IDB, which would retain 20 percent of equity issued and repaid by the company, the Globes business news site reported Wednesday.

His BGI offered to purchase Israir for NIS 70 million in cash and another 8.9 million BGI shares worth about NIS 11.5 million. The company hasalso offered to purchase the 15,000 shares at a nominal price of one shekel per share, 24 months after completion of the deal; the share price at the offering would be NIS 1.70. The deal includes an agreement to write off a $5 million debt owed to Israir by IDB as well.

The valuation of the airline is NIS 130 million upon allocation of the shares. The deal, an offer to purchase as is, is valid until December 6.

Rami Levy’s bid was chosen for several reasons, said Naor, among them the NIS 75 million cash element, the share allocation and option of raising the valuation, and the financial strength of BII, “whose total cash is higher than the equity required for complying with the Israir acquisition offer and financing the deal.”

The airliner passed over Saudi Arabia in a flight that took just over three hours – less than half the time the route would have taken, had the pilots been required to avoid Saudi airspace.

“A truly festive day,” said the pilot, Captain Hagi Kena’an,” in a call to Prime Minister Benjamin Netanyahu from the cockpit. “It’s a great privilege to reach this moment.” Netanyahu called flight the “embodiment of peace.” 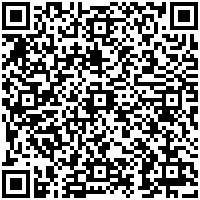