One aspect of the unsolved brutal throat-slashing murders of three men in a Waltham apartment in 2011, all three of whom knew Tamerlan Tsarnaev, the dead suspect in the Boston Marathon Bombings, has been overlooked.

It may be pure coincidence, but it turns out that Erik Weissman, 31 of Waltham, Raphael Terek, 37, of Waltham and Brendan Mess, 25, of Waltham were murdered on September 11, 2011. Terek and Weissman were Jewish.


That Tamerlan Tsarnaev knew the three men who were murdered became known recently, and the fact that Tamerlan was very close with at least one of them but never showed up for the funeral or memorial services, was considered odd at the time, but memory faded.

The exact date of the murders  – September 11 – and its significance, had not yet been recognized.

Despite efforts of officials and the mainstream media to avoid any linkage between the bombings just two weeks ago and a violence emanating from a particular form of radicalized Islam, everyone has now been forced to acknowledge that connection.

The younger brother, Dzohkar, has admitted to authorities that his older brother Tamerlan was infuriated by the  United States, in particular for what he believed was its attacks on Islam through the wars in Iraq and Afghanistan.

The current narrative seems to be an effort to localize the radicalization and to believe what some authorities say that the murders were acts taken without direction, support or connection to any terrorist groups outside of the United States.

It beggers the imagination to believe that there are no outside connections, as the major media would have us believe.  This is particularly so since Tamerlan traveled to Dagestan, a brutally violent area of Russia riddled with Islamist terrorism in the year before the Boston Marathon Bombings.

Even more significantly, Russian authorities alerted U.S. authorities about Tamerlan, asking for information about him “based on information that he was a follower of radical Islam and a strong believer, and that he had changed drastically since 2010 as he prepared to leave the United States for travel to the country’s region to join unspecified underground groups.”

Still, as pieces continue to slip into place about the backgrounds of the Tsarnaev brothers, the fact that three unsolved grisly murders took place on September 11, the anniversary of the attacks on America by radical Islamist murderers, is one that cannot be ignored. 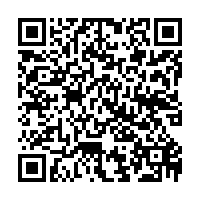