The following is my response to a woman who criticized me for visiting the Temple Mount. In a letter to me, she claimed that I broke the law and irresponsibly provoked Arab anger. She suggested that my actions should conform to the will of the “majority.”


1) In your letter, you claim that I broke the law. I am sorry to say that from your letter it is obvious that you are not familiar with this issue. The legal situation on the Temple Mount is the complete opposite of what you describe. There is not and there cannot be a law that prohibits the entrance of Jews to the Temple Mount. There is not and cannot be a law that prohibits Jews from praying on the Temple Mount. There are laws that emphasize the rights of all religious groups to enter their holy places (similar to their rights to enter any other public place) and to pray there.

I would like to remind you that the nation of Israel also has a faith. It also has a holy place and – wonder of wonders – the Jewish people also have feelings, such that these laws relate to me as much as it does to any other citizen.

The courts have time and again upheld our legal right to enter and pray on the Mount. On Sukkot of this year, I was arrested for praying on the Temple Mount. Despite all of the police’s best efforts, the judge released me without bail due to “absence of guilt.”

Thus, I suggest that you may want to consider whether the situation is not completely the opposite of what you claim. Perhaps I am the one abiding by the law, while those trusted with upholding the law are actually breaking it. As you are a responsible citizen, I am certain that this disturbing possibility will cause you to lose some sleep.

2) Regarding your claim that I acted irresponsibly, I say this: Although you try to be objective, this claim is up to its neck in a typically one-sided worldview. You conclude that we must give in to the Arab threat of violence. You place the responsibility for the outcome on whoever does not surrender.

I wonder if you would respond in the same way if a bully would take over your house and prevent you from entering. How would you relate to someone who would point the accusing finger at you, reprimand you for demanding that the police arrest that ruffian and blame you – not the intruder – for the outcome? You are correct that in light of the de facto surrender (in secret, against the public’s will, without any Knesset decision and against the law) of Israeli sovereignty on the Temple Mount, there is a certain probability that my entrance to the Mount would initially arouse attempts to react violently. But does capitulation to the Arab threat of violence bring quiet?

Our experience on every front that we have tested the capitulation innovation is completely clear. Both Tel Aviv and Jerusalem have become legitimate targets for rocket attacks as a result of our recent withdrawals. As a Jerusalemite, you certainly must remember the exploding buses. Try to remember a similar attack before the Oslo Accords.

Simple logic shows that it is not the one who refuses to capitulate to violence and demand his legal and ethical right to enter the Mount who is irresponsible – but vice versa. Those who evade their responsibility to maintain Israeli sovereignty on the Mount are irresponsible. Ultimately, they will find themselves in a never-ending bloody conflict over our sovereignty over the entire land of Israel. The thousands of Oslo victims – soldiers and civilians – who paid with their lives, and the constant danger that there will be more victims are the direct result of this irresponsibility.

3) Democracy: This claim is a bit awkward, both from a factual standpoint and even more so in its essence.

I do not know how you justify your statement that I do not represent the views of the majority of citizens. I have read numerous studies that reinforce the fact that our nation feels a strong connection to the Temple Mount. 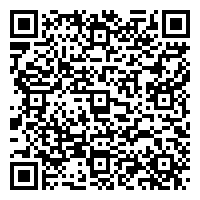