Pro-Israel sources report that the axe on the US budget may eliminate $479 million for joint US-Israel anti-missile programs, namely David’s Sling and Arrow systems, in addition to another $300 cut in military aid.

The slash in aid would come on the eve of President Barack Obama’s visit to Israel, which has been dubbed “Operation Unbreakable Alliance.”

Senior Israel officials are aware of the possible reductions and are trying to figure out to deal with them, according to Israel’s Globes business newspaper. Defense Minister Ehud Barak’s recent visit to Washington may have been, in part, an attempt to convince Congressmen to dull the axe on funding for the anti-missile programs.

The threat of Israel’s Middle East’s neighbors plunging into anarchy and leaving Al Qaeda and Hizbullah in charge underscores the government’s concerns.

The United States currently gives $3.15 billion in aid, although a large part of it actually is returned to American defense firms that Israel is required to use for much of the equipment and technology.

Congress and the White House have another week until the March 1 deadline, when either the federal deficit is reduced or automatic budget cuts come into effect, which could totally upset financial markets and America’s credit rating.

Republicans control the House of Representatives and are using their power to try to crack the whip on government spending, both at home and abroad.

“So far as is known at this stage, the fate of the aid for missiles is not the fate of the current military aid. We have to hope that won’t be the final situation,” a pro-Israel source told Globes.

Aid to Israel is bound to be reduced in light of massive cuts in domestic spending that, according to The New York Times, will put 14,000 teachers and 4,000 air traffic controllers out of work.

The March 1 deadline also is well before Obama flies to Israel, and he may have to depend only on his oratorical skills to convince Jews in Israel and in the United States of the “unbreakable alliance.” 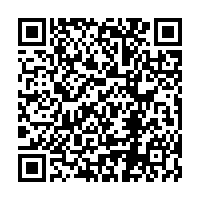