See the full list of (IAC) guests this weekend.

The opening Session, on Friday morning, is titled “Israel and the Jewish People: Shifting the Focus from the Rifts and Gaps to Opportunities and Possibilities,” which will depict the fact that “we focus our energy on what divides us, rather than what we have in common and unites us,” and discuss “what special role Israeli-American may play in changing the conversation.”

Co-founder and CEO of the IAC Shoham Nicolet said in a statement: “It is an honor for us to host the president of the United States. This is great news not only for our organization but for the entire pro-Israel community in America, which supports unwavering ties between the United States and Israel.

“The coast-to-coast community is becoming the bridge, the gateway, and the driving force within Jewish America, fostering a deep connection to Israel. It is time for us to shift our focus from differences and rifts to the endless possibilities and opportunities when we come together. This is what the IAC is all about.” 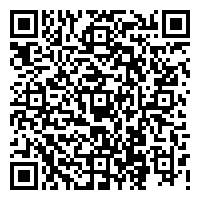