Two US astronauts have arrived home safe and sound from the International Space Station on Sunday afternoon after floating to earth in a SpaceX capsule under four massive parachutes in the first NASA water landing to take place since 1975. President Donald Trump tweeted his praise right away. “Very exciting!” he wrote.

Great to have NASA Astronauts return to Earth after very successful two month mission. Thank you to all!

Astronauts Robert Behnken and Douglas Hurley set forth on their journey home inside the Crew Dragon Endeavor space capsule, which detached itself from the International Space Station on Saturday evening to begin their ride home after 62 days in space, approximately 1,024 orbits around the planet Earth and four spacewalks.

The SpaceX capsule splashed down in the Gulf of Mexico right on schedule at 2:48 pm – providentially – inasmuch as Tropical Storm Isaiah was also waiting in the wings nearby, about to become a hurricane-strength storm, as well.

It took between 45 minutes to an hour for the recovery vessel to pick up the astronauts and their capsule. Behnken and Hurley both needed to be examined by medical personnel before being transported to shore, where they would meet with media later in the day.

The more than 40 doctors, nurses and other staff aboard the recovery vessel who went to retrieve the NASA astronauts along with the crew were quarantined for a 14-day period and tested for COVID-19 prior to setting out to pick up the space travelers in order to ensure Behnken and Hurley would not be exposed to any virus.

SpaceX is the first commercial space mission, and first US launch into space since 2011. Falcon 9 is the first reusable rocket ever used; the rocket made a perfect landing on a floating landing pad after having detached from the capsule after its takeoff this past May. It’s the start of what could be a true step into the world of commercial space travel. 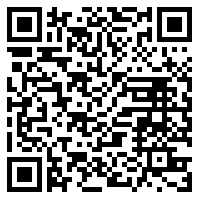