Dozens of Secret Service personnel were injured this weekend protecting the White House and the President from an attack by rioters in a rage over the death of George Floyd, a black man who died last week during an arrest by a white Minneapolis police officer.

The police officer in question was arrested and subsequently placed in a maximum security prison. He is charged with third-degree murder and manslaughter in connection with Floyd’s death.


That fact did nothing to stem the rage of the “protesters” however; Floyd’s death has been used as an excuse to fan the flames of anarchy and hatred in more than 75 cities across America, coast to coast.

In Washington DC on Friday night, rioting grew so violent and came so close to the White House, that President Donald Trump was ushered into an underground bunker generally reserved for times of terrorist attacks, according to sources quoted by NBC Washington.

The US Department of Justice confirmed early Monday that US Marshals and Drug Enforcement Agency (DEA) agents were deployed to assist the Secret Service, US Park Police and National Guard troops who have been deployed to defend the perimeter of the White House, according to Fox News.

At least 50 members of the Secret Service were injured in the line of duty protecting the White House from the rioters over the weekend, who managed in spite of everything to set a Guard House on the White House grounds on fire. The flames were quickly extinguished.

Riots continued straight through the weekend, with “protesters” setting fire to cars parked along the curb, shooting off professional-grade fireworks in the middle of the street, and at one point torching the headquarters of the AFL-CIO national labor union.

They set fire to historic landmarks near the White House as well.

On Sunday night, rioters ignored an 11 pm curfew and attacked the 204-year-old “church of the presidents” across the street from the White House; every sitting US president since James Madison has attended services at the church since it was built, including President Abraham Lincoln before his assassination.

Shortly after 10 pm “someone” set a fire in the basement of the parish hall at St. John’s Episcopal Church, according to The Washington Post. The blaze itself was, thanks to swiftly responding firefighters, contained to a nursery room that was “completely destroyed” according to the church rector, Rev. Rob Fisher. But there was no way to prevent smoke and water damage to the other areas of the historic building’s basement. The exterior of the building was also slathered with graffiti, but the city’s graffiti team has covered it.

A second fire was set directly in front of the church, across the street from the White House. It was built up into a blaze, with rioters adding boards and tree limbs and periodically throwing other items into the flames to keep the fire burning.

After scenes like this played out on city streets Sunday night, Mayor Bowser has now ordered a 7pm curfew for the Districy for the next two nights @nbcwashington pic.twitter.com/Y32GTW31FI

At least 88 arrests were made on Sunday in the capital.

Active Duty Troops Deployed, Curfew Moved Up
A 200 to 250-strong battalion of active duty military police is being deployed to Washington DC, according to US defense officials quoted by CNN.

The forces are coming from a unit at Ft. Bragg in North Carolina and are expected to provide security, although they are not being assigned to law enforcement activities such as arrest and detention of rioters, defense officials said.

President Donald Trump activated the forces in response to the rising violence, looting and anarchy taking place across the country. The president is able to do so because Washington has a unique federal status as a district, rather than a local authority.

Lawmakers and local officials agree that extremist groups at both ends of the political spectrum are using the chaos to advance the violence and exacerbate the disturbances.

Washington Mayor Muriel Bowser has ordered a 7 pm curfew for Washington DC for Monday and Tuesday nights, each one to last until 6 am the next morning.

“We want your voices to be heard, but we also want to protect the safety of everyone in our city,” Bowser said at a morning news conference. “We will not allow the continued destruction of our hometown, by people who are coming here to protest or by DC residents.

“We certainly empathize with the righteous cause that people are here protesting; every single American should be outraged by the murder of George Floyd. However, smashed windows and looting are becoming a bigger story than the broken systems that got us here,” Bowser said.

“We’re going to clamp down very, very strong,” Trump said in a call with governors earlier Monday. “The word is dominate. If you don’t dominate your city and your state, they’re gonna walk away with you. And we’re doing it in Washington, in DC, we’re going to do something that people haven’t seen before…. But we’re going to have total domination.” 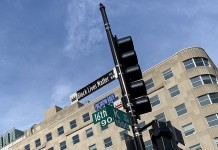 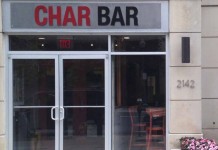 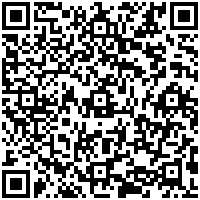