Rep. Alcee Hastings (D-FL-10) passed away at the age of 84 in Florida on Tuesday, where he served as an elected official for over almost 30 years.


Spokesperson of Israel Ministry of Foreign Affairs Lior Haiat who served as Consul General to Florida and surrounding regions stated that he was “extremely sadden to learn about the passing of Congressman Alcee Hastings, a true friend of Israel and a great supporter of the US-Israel relations. During my time as Israel’s Consul General to FL, I had the pleasure of calling him a friend.”

Israel’s diplomatic mission in Miami serving Florida, Alabama, Mississippi and Puerto Rico issued condolences to the Hastings family. “He was a great friend to the Jewish community, and a leader in civil and human rights. His contribution to society will never be forgotten.”

The Jewish community of Hebron mourned Hastings as the representative who wrote a resolution supporting the Jewish connection to the City of Abraham.

“The UN does itself a great disservice when it allows these revisionist measures to move forward,” Rep. Hastings wrote. “In the past year, it has pushed resolutions that have omitted Jewish identity from the Temple Mount, which is the most holy place in Judaism and named for the location of the Jewish Temple that stood more than two thousand years ago, and also chastised Israel for planting ‘fake Jewish graves’ in the vicinity. This is ridiculous and bordering on anti-Semitism.”

“Alcee Hastings defended history from those who would purposefully falsify it,” stated Yishai Fleisher, international spokesperson for the Jewish community of Hebron.

“The UNESCO vote was an attempt to strip Hebron of its past and undermine its future as an important Jewish city in the heart of Judea. Rep. Hastings knew how to stand for the dignity and rights of his constituency and that gave him the courage to stand up for others. Defending history and rights is not a question or left or right,” he added.

Fleisher had a front-row seat for the drama when he travelled to Poland for UNESCO’s annual summit and World Heritage Committee vote.

The resolution, which was proposed by the Palestinian Authority, led Israel to withdraw from the UN body. The United States followed suit with US ambassador to the UN Nikki Haley calling the decision an “affront to history” that “discredits an already highly questionable UN agency.”

In regards to the Boycott Divestment Sanctions campaign he stated in 2017 that the movement “walks a very fine line between condemning Israel, its citizens, and Jews themselves. All too frequently, these protests cross into the realm of anti-Semitism, connecting global Jewry to Israel’s political policies. In the past, BDS protests have targeted American and European synagogues, as well as religious celebrations on college campuses. These are protests of the Jewish faith itself, and must never be tolerated.”

Hastings was mourned by his wife, children and his colleagues in the US government.

Full text of resolution on Hebron 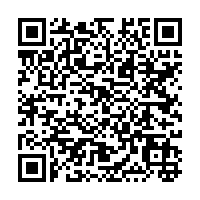